Sensual second proves even better than the first... 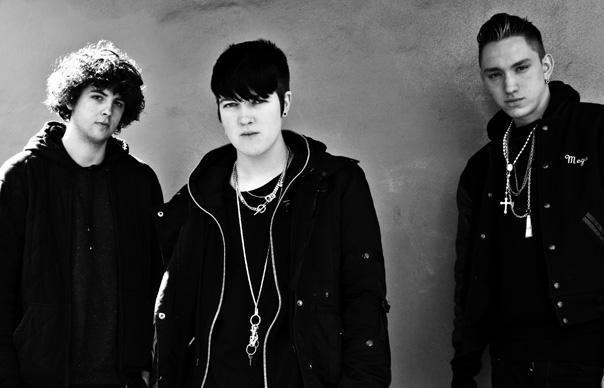 Sensual second proves even better than the first…

Few bands invent a sound. But The xx’s strange and beautiful blend of stark indie-pop, late-night soul and post-dubstep texture felt brand new in 2009. Non-believers pointed out the south Londoners’ sonic similarities to The Cure’s gothically ringing guitar and the chamber-punk sparseness of Young Marble Giants, but twin vocalists Romy Madley-Croft and Oliver Sim did not whine like Robert Smith nor deadpan like Alison Stratton. Their voices were proudly mid-Atlantic; pop-soul vocals cast adrift in Jamie Smith’s stripped dub production, evincing a natural clashing of styles, as all great new pop music should.

But when a band takes three years to make a follow-up to a classic debut, alarm bells sound. While Smith established himself as DJ, producer and remixer – numbering Radiohead, Adele, the late Gil Scott-Heron and R&B star Drake among his clients – were his band struggling to meet the expectations of a fanbase who saw them as heroes? As it turns out… nope. The three simply bought their first flats, built their own studio, ignored the demand for more product and took their own sweet time. The result is exactly what fans of a great debut album always want but rarely get: the same again, but stronger, deeper, better. Coexist – a perfect word to encapsulate both the trio’s friendship and romantic unease – is a masterpiece.

An eleven-song journey into private agonies, Coexist is, essentially, the story of a relationship broken by the protagonists’ tendency to love too much while being unable to express their need to each other. Whereas the first album’s lyrics were written by Madley-Croft and Sim swapping words by email, this time around they sat in a room together and played ping-pong with each other’s heartbreak testimonies. The result is songs that sound like mutual diary entries, scarred by repeated references to dead-end words like ‘lose’, ‘leave’ and ‘end’, summed up by the sensual croon of Madley-Croft’s key lines from “Chained”: “Did I hold you too tight?/Did I not let enough light in?”.

Musically, the highlights are the stripped Phil Spectorisms of “Angels”; the tension between house beats and rock ‘n’ roll bass that underpins the repressed catharsis of “Chained”; the steel drum-flecked eroticism of “Reunion” and the subverted disco of “Sunset”, which throws a whole new crying-on-the-dancefloor spin on what US black radio DJ’s used to call ‘quiet storm’ seduction music.

As for the mystery at The xx’s heart, its impossible to listen to the closing “Our Song” and not hear Romy and Oliver as former lovers, singing to the world the emotions they couldn’t say to each other. “I know all the words to take you apart”, they harmonise, quiet and deadly, as the guitar shimmers like a Cocteau Twin and the song dissolves into bristling tape hiss.

But, as The xx are fond of insisting, their private lives are not the point. This is music that sounds like universal heartbreak, made all the more poignant by its refusal to descend into gender war. Sim – sounding ever more like Stuart Staples – and Madley-Croft – a kind of Sade-meets-Tracey Thorn – feel the same pain and express it in the same naked, direct and honest manner.

So sultry and sensual it makes The xx sound like beginners’ luck, Coexist is going to be the midnight soundtrack to thousands of seductions over the next few decades. But all these lovers might be wise not to listen too closely to the words. Because this is an album that believes that every blissful moment of intimate pleasure is only a prelude to the end of everything. Best to leave that conversation to the morning.
Garry Mullholland

Q&A
Jamie xx
Coexist sounds supremely confident. Were there no ‘second album syndrome’ palpitations?
No. The first record was made very naively. We didn’t even think about putting it out. So with this one we wanted to be in that same headspace. Now we wonder if we should have thought about it a little bit more.

You’re always the first person to hear Romy and Oliver’s latest, painfully personal lyrics. Is it like reading your mates’ diaries?
Ha! I guess that’s why a lot of people relate to it. But the lyrics are purposely ambiguous so people can relate to them. I mean… if I listen carefully, I do know about their lives intimately so I can guess what they’re about. But they don’t even tell each other what they’re singing about.

You are all famously shy. How are you dealing with adulation?
It’s been hard. But we’ve gained a lot of confidence from being forced to meet people and philosophise about our music endlessly. So although we were very reluctant to be in the limelight, it’s helped our confidence as people, in real life.

Was their any temptation to change musical direction?
No. We’re quite restrained people. And because we can’t separate music from our lives, that’s what we do and that’s what we are. I don’t think its possible for us to make something that’s different to how we are as people.
INTERVIEW: GARRY MULHOLLAND