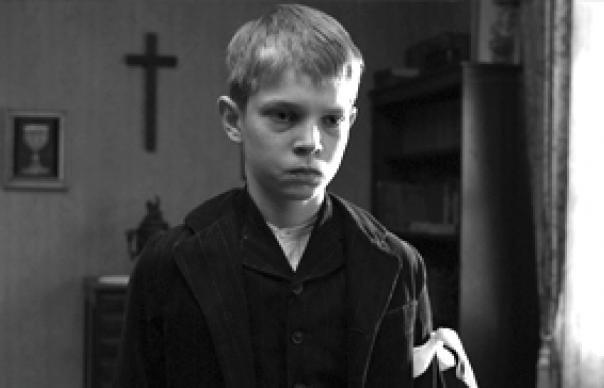 The White Ribbon maintains Austrian director Michael Haneke’s preoccupation with repression, guilt and violence, themes that permeate creations like Funny Games and The Piano Teacher. Unlike them, The White Ribbon looks to the past. The setting is a remote North German village on the eve of World War I, a still feudal community governed by baron, pastor and doctor, and whose seeming order is contradicted by a series of malicious acts; sabotage, arson, abduction and murder.

Shot in steely black and white, with no musical score, the film offers no clear culprits for the savagery it portrays – this is “a cinema of insistent questions, not easy answers,” says Haneke. Its lack of resolution is one reason the movie lingers, along with its stunning cinematography and unsettling performances, particularly from the children at the movie’s heart.

The Palme D’Or winner at Cannes this year, it’s a parable of a society founded on iron discipline but shadowed by cruelty and deviant sexuality; the collective psyche that would later give birth to the Third Reich.