The Northumbrian five-piece shatter folk’s borders, as this expansive yet austere fourth proves... 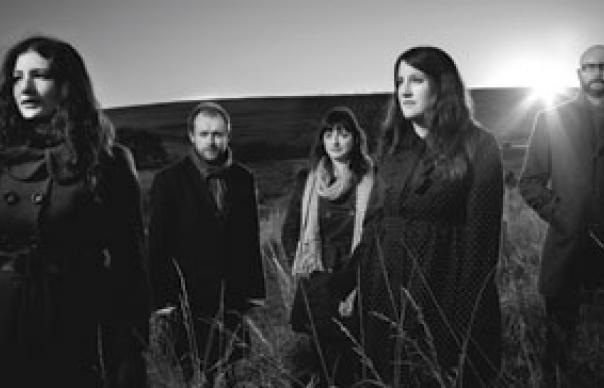 The Unthanks seem to regard folk music the same way Miles Davis regarded jazz: as a launchpad for exploring the wider possibilities. Their fourth album, Last, certainly proves the Northumbrian quintet have little in common with the more accessible strand of roots music currently popularised by the corporation of Mumfords, Marling & co.

The Unthanks harness the wilder, more elemental part of English folk music and crack it open, creating a powerful, widescreen sound that incorporates elements of jazz, classical, pop and avant-garde minimalism. Since the success of 2009’s wonderful Here’s The Tender Coming they have continued expanding their frame of reference. 2010 saw them collaborate with everyone from Damon Albarn’s Africa Express to classical conductor Charles Hazlewood, none of which seems particularly incongruous.

They have previously taken on songs by Robert Wyatt and Bonnie ‘Prince’ Billy, and among Last’s judicious mix of traditional material are three contemporary covers: Tom Waits’ stark “No One Knows I’m Gone”, King Crimson’s “Starless”, and Jon Redfern’s “Give Away Your Heart”, a performance as bereft and beautiful as anything they’ve ever recorded. All three fit snugly into the wider picture. With The Unthanks it’s not a question of either folking up rock material or consciously modernising traditional songs; everything they touch is shaped, quite naturally, to suit their own distinct sound.

Last travels beyond borders. Recorded primarily at home in Northumbria, the dominant instrument is Adrian McNally’s piano, around which strings, horns, pipes and guitars add subtle shade. The arrangements are bold and beautifully recorded, but as ever the vocals of Rachel Unthank and her younger sibling Becky provide the heartstone.

Rachel’s voice is hard and crisp, like frost on a winter morning. She sings mournful opener “Gan To The Kye” like some 19th century literary heroine, stately and composed on the surface, simmering with passion underneath. Becky’s breathy tone is quite different, hanging over songs like a fine mist. On “The Gallowgate Lad” it’s so close you can touch it; on “Give Away Your Heart” it has the smoky sensuality of an alto saxophone.

This is a bleakly beautiful record which unfolds slowly. “My Laddie Sits Ower Late Up”, perhaps the most traditionally framed song here, is relatively spritely, as is “Canny Hobbie Elliot”, all skipping piano, bright pipes and horns, but otherwise Last beds down beneath unforgiving skies. Their towering take on Alex Glasgow’s “Close The Coalhouse Door” (“There’s blood inside”) is genuinely confrontational, a kind of modernist meditation built on an insistent piano sequence that recalls Satie and Steve Reich.

The other dramatic centrepiece is the seven-minute title track. Written by McNally, it’s an indictment of our failure to progress as we evolve (“Man should be the sum of history”) which sweeps over the past and the future. It’s a sad call to arms which encapsulates the record’s mood. Last is rooted in the rigours of real life, but seeks to transcend them. And while there’s a tendency for the songs to merge into one indistinct flow, it seems self-defeating to try to unpick the individual strands of this LP: its strength lies in holding a distinct – and chilly – atmosphere throughout.

In person The Unthanks seem jocular, unstuffy, playful. Their music, however, is haunting, austere, relentless. You wonder where this overpowering melancholy comes from. Is it simply a reflection of the North East’s hard beauty, or the heavy weight of industrial history pressing down on the music? Or does it stem from somewhere even closer to hand? Hard to say. But if they keep making albums as compelling as Last, no one should be in any hurry for the answer.
Graeme Thomson

Q&A RACHEL UNTHANK
Last year seemed frantic. Was it a struggle to find the time and space to make the LP?
We enjoyed our colourful 2010 but it’s good to get back to what we do. We set ourselves a crazy deadline and we did have to work out of our skins to make it.

The sound is more widescreen this time.
We made Tender in a pro studio, but we like home best. We tried different spaces, recording the piano in Snape Maltings, a Victorian maltings converted into a concert hall, and the strings in our local village hall, which made our string quartet sound like an orchestra!

You draw from a wide frame of reference.
We try to find stories that we might find our own way of telling. “Starless” by King Crimson belongs to a genre beleaguered by a reputation for pompous excess. We want to break down subconscious prejudices to find the beauty within all forms of music.
interview: graeme thomson