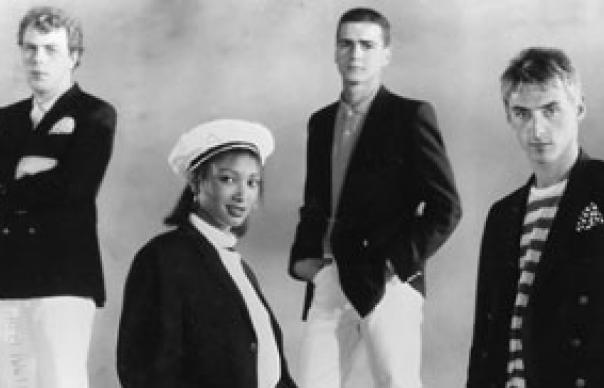 Through the 1980s Paul Weller lived out the paradox at the heart of Mod, between being one of the lads and being a dandy. Having deserted the green parka ranks of the Jam Army, by 1985 you could find him alongside Mick Talbot on the cover of Our Favourite Shop, the second Style Council record proper, spiffed up in a suit and scally wedge, languidly browsing in a vintage gentlemen’s outfitters.

But even here, at his most posed and pretentious, seemingly trying to instigate a revolt into style through French menswear, Italian coffee and the Isley Brothers’ Greatest Hits, he was calling, on the most politically forceful record of his career, for class solidarity in the face of Thatcherism. It was an issue that was close to home. After all, the audience with which Weller had such a love-hate affair – southern, suburban blokes with aspirations – was also the constituency courted most assiduously by the Tories.

Our Favourite Shop is so riven by the contradictions of its times – between the shop floor and the shopping centre – that it’s fascinating even when it’s terrible. And frankly it doesn’t get much worse than “The Comedian’s Instructions”, a piece of spoken word Britfunk performed by Lenny Henry, skewering the profound political menace of Bernard Manning. Or the sledgehammer sarcasm of “All Gone Away”, a bitterly breezy bossa nova answer to “Club Tropicana”. The extra disc, incidentally, includes among sundry b-sides, the Miners’ benefit single, “Soul Deep”, credited to the Council Collective, which inadvertently makes “Wham! Rap” seem convincing.

But when Our Favourite Shop dramatises rather than simply delivers slogans, it can be a powerful and even moving record. The slow-burning opener, “Homebreakers”, subtly inverts mod mythology, describing a family torn apart by the on-your-bike imperatives of the time, while “A Man of Great Promise” and “With Everything to Lose” are elegant, eloquent testaments to doomed youth. The Rigbyish strings of “A Stone’s Throw”, meanwhile, draw a pretty astute line between the anti-union police in South Yorkshire and the monetarist laboratory of Pinochet’s Chile. And on “Walls Come Tumbling Down”, Weller wrote a supreme piece of protest pop, finally making good on his Curtis Mayfield ambitions.
The attempt to chart a third way between agit-prop and sleek New Pop was ultimately doomed to wind up in Red Wedge, the laboured attempt to deliver the youth vote to Kinnock in ‘87. But for a moment or two at least, The Style Council caught a rare balance.