Shambolic punk artefact gets the grand, 3-CD and DVD box-set treatment, with lavish book. Punk purists – stop sniggering at the back! 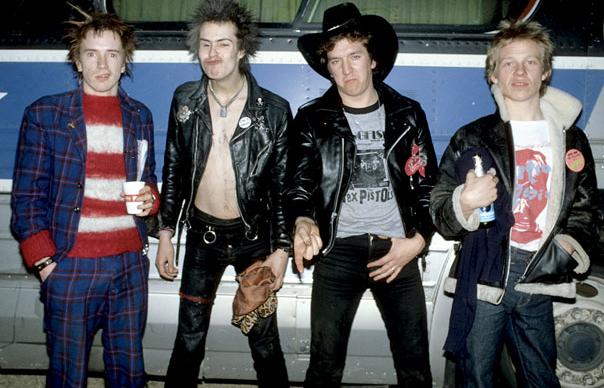 Shambolic punk artefact gets the grand, 3-CD and DVD box-set treatment, with lavish book. Punk purists – stop sniggering at the back!

Be honest, when was the last time you actually played this album all the way through? It might have been a UK chart-topper, be a fixture on every “classic album” list, and the catalyst for post-punk, Oi!, New Wave, NWOBHM, indie rock, grunge and all that followed, but the Sex Pistols’ only studio long-player is still seen less as a rock album and more as a sociological artefact from an era of flexidiscs and Xeroxed fanzines. It’s regarded as a situationist manifesto; a death warrant for the postwar consensus; a cultural totem to be claimed by leftists, anarchists and Thatcherites alike.

This four-disc package reminds us that the Pistols were a solid, hard-gigging, heavy rock band, one capable of inspiring the most energetic air drummer in anyone. It also reminds us that NMTB was a tardy release from a band on the verge of imploding. It came out on November 13 1977, two years after their first gigs, 14 months after their first NME cover and a full year after the Bill Grundy TV appearance made them household names. By this time, each track had been recorded countless times in at least half a dozen aborted sessions.

Here the original album release –produced by Chris Thomas and engineered by Bill Price at Wessex Studios in Islington – has been remastered from recently unearthed master tapes, as have the 21 “demos, studio rarities and b-sides” that fill the second CD. Obviously, you won’t find any discarded SMiLE-style orchestral arrangements here, nor will you find many pipe-chewing audiophiles admiring the crisply remastered sonics on their Bang & Olufsens. But there is a peculiar fascination in tracing the evolution of these songs.

Six of the bonus tracks are from January 1977’s famously shambolic sessions helmed by the late Dave Goodman at Gooseberry Studios in Gerrard Street. They provided the backbone of the Spunk bootleg which surfaced in the summer of 1977, and there are plenty of punk purists who prefer them to the finished album. Certainly, “New York” and “EMI” (the latter titled “Unlimited Edition” at this stage) both benefit from Goodman’s laissez-faire production, showcasing Steve Jones’s ultra-trebly guitar, Glenn Matlock’s walking basslines, Paul Cook’s funky kick drums and the oddest, most American-accented vocals that John Lydon ever committed to tape.

But it’s Chris Thomas’s album versions that terrorise you into submission. Thomas – a classically- trained old hand who’d cut his teeth co-producing The Beatles’ “White Album” before working with the likes of Roxy Music, Pink Floyd and Badfinger – piles layer upon layer of guitar on each track, building a wall of heavily processed distortion. He almost succeeds in turning this garage rock band into Led Zeppelin, or even, fleetingly, into early Queen (check out his “Rough Mix” of “Satellite”), and one often recalls The Damned’s baffled response on hearing the Pistols (Captain Sensible: “they sounded like a Bad Company out-take with Old Man Steptoe wailing over the top”).

Sometimes it’s only Lydon’s declamatory, Shakespearean street-urchin howl that sets them apart from the rock dinosaurs they were meant to usurp. It’s also instructive to compare Lydon’s vocals on earlier demos (cockier, dafter, more playful) to those recorded after he was stabbed by neo-fascists in June 1977 (more paranoid, filled with self-loathing and hysteria, howling the Catholic blues). And, despite the commonly held belief that they never sang love songs, there’s a wracked romance to “Did You No Wrong” and “Submission” (the latter a terrified voyage into female sexuality).

Disc three of this set features what appears to be complete, mixing-board bootlegs of two gigs from their 13-date tour of Scandinavia. The first is a lacklustre date from Trondheim on July 21 st (previously a limited-edition bonus CD with 1992’s Kiss This), played to a surly Norwegian crowd (“Fucking hell,” Lydon complains, “half of you are dead out there…”). The second gig features a more enthusiastic crowd in Stockholm a week later, where they even play two encores. For all the proud boasts of amateurism, this is a tight, well-rehearsed unit, filled with Jones’s axe heroics and even Sid Vicious barely putting a note out of place. Hell, they almost sound like they’re having fun.
John Lewis

Q&A
STEVE JONES
Do you remember all these demos?
I don’t think I’d heard most of them before! There’s a hilarious recording of me and Cookie screaming at each other after a version of “Bodies”, like a mini Troggs-style bust up. But the remaster sounds good. Crisper, not so much mid-range.

How did Dave Goodman and Chris Thomas compare as producers?
Dave was our sound guy for gigs. We gave him the chance to produce us, but he drove us insane and smoked way too much pot. But Chris Thomas was great. He took his time. He spent ages on the guitars – every track has many, many layers of multitracked guitars, sometimes dozens. And he insisted I tune up before each take, which pissed me off a bit at the time, but it paid off.

How many of the tunes did Glenn Matlock write?
For most of the singles, Glenn came in with the initial ideas and we’d rework them. And, of course, John’d sit in the corner and write the lyrics. But Glenn didn’t write everything. “EMI”, “17”, “New York”, “Holidays” and “Bodies” were my tunes. It was around 50/50 between us. Of course, we shared the credits, otherwise you get the singer living in a mansion and the rest of the band in council houses.

Did you play all Sid’s bass parts?
Yeah. “Anarchy” was recorded while Glenn was in the band. Otherwise, Sid was in hospital, I think he may have played on “Bodies”, but it took him a while to learn all the songs. It’s nothing difficult, just eighth notes, and he soon learned them. It was only when we got to America when he couldn’t give a shit and it all went wrong.

Did you see “Pretty Vacant” being used at the Olympic Opening Ceremony?
Annoyingly, here in the US, NBC cut to an ad break for our song! But I’m glad it looked good. Of course, Danny Boyle had to ask us for permission. Some fucking trainspotters will tell you that we were selling out by saying yes, but fuck them – I’m proud that it was used. We knew Danny would do something good.

Any chance of more Sex Pistols shows?
Well, you know, I need a new kitchen, so maybe.

Ever come back to Shepherd’s Bush?
No, but I miss the football and Cooke’s Pie & Mash shop. Is the Bush looking nice these days? Really? I’m glad to hear it. But I think I prefer Beverly Hills, thanks very much.
INTERVIEW: JOHN LEWIS