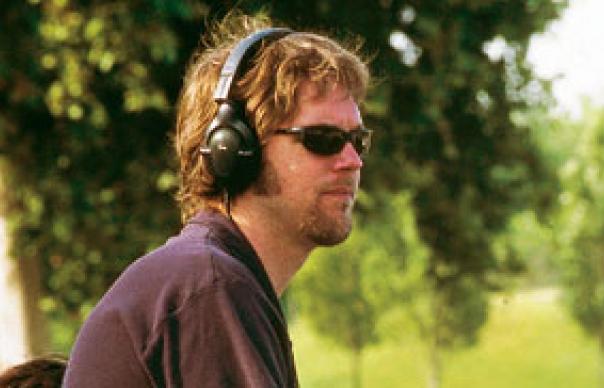 Trevor Reznik is in Hell. Or, at least, somewhere very close. A wire-thin factory worker who hasnt slept for a year, he’s not living but existing – and only just. Imprisoned in his crappy apartment under bruise-coloured night skies that perpetually crackle with electrical storms, Reznik knows some terrible misdeed has driven him into this hallucinatory state. If only he could remember his crime. Then he might figure out why murderous strangers are stalking him at work. And why his fragile grip on reality seems to be loosening by the hour.

Shot in Barcelona but set in a deliberately non-specific netherworld, The Machinist is part psychological horror, part noir mystery and part character study of an extreme social misfit on the cusp of mental breakdown. Not since Memento has there been such an engrossingly murky enigma of a film. Loaded with literary allusions and ominous clues, this is a terrific pulp puzzler with artistic ambitions far above its station – the best kind, in other words.

Christian Bale’s dramatic physical transformation into Reznik is a key selling point. Shedding four stones on a crash diet, the actor’s alarming skin-and-bone appearance threatens to drown out the rest of the movie at times. Razor thin, cheeks sunken into deep hollows, ribcage jutting from his skeletal frame, he’s terrifyingly alien and barely recognisable on first sight. He could easily be some reptilian junkie on the brink of death. The emaciated, vampiric ogre in Chris Cunningham’s video for Aphex Twin’s “Come To Daddy” also springs to mind.

Scott Kosar’s script requires Reznik to be a haunted soul, shrunk to his very bones by guilt and insomnia. But Bale’s alarming act of self-harm throws up other nightmarish echoes that reach far beyond the drama at hand. It’s difficult to watch him without being reminded of all the horrors of the modern age: famine, torture, AIDS, even concentration camps. The Machinist may not deserve such weighty associations, but they hover like vultures all the same.

In an era when even indie-darling directors stick to the blandest of visual grammar, it’s also refreshing to see a movie with such a hardcore aesthetic. The prevailing mood is lo-fi Gothic meets industrial grunge. The palette is slate greys and steely blues, desaturated and grubby, drained of life and daylight. The colours of grime and punishment.

Some reviews have dismissed Anderson’s grim fairy tale as post-MTV fluff, all designer despair with no substance. But the same accusation might be leveled at supreme stylists like Ridley Scott, David Fincher or Darren Aronofsky. The film’s nocturnal, subterranean look is also perfectly in keeping with Reznik’s purgatorial worldview. Whatever Freudian monster is gnawing at his conscience, it isn’t going to be pretty. At times, The Machinist is stunningly beautiful in its ugliness.

Along the way, Anderson throws in nudge-nudge references to Dostoevsky and Kafka, but Herman Melville’s Bartleby probably also merits a mention. Likewise Fincher’s Seven, Aronofksy’s Requiem For A Dream, Polanski’s Repulsion and Lynch’s Lost Highway. Not to mention a raft of rock videos for Prodigy, Nine Inch Nails, Metallica and their ilk.

Leigh proves her indie-queen credentials once more as the drowsy, downbeat hooker who tends to Reznik in his lonely hours. Aitana Sánchez-Gijón plays the all-night waitress who seems to offer redemption – and there is a redemption, of sorts. In fact, the fractured plot elements of The Machinist eventually align themselves into a fairly straight Twilight Zone twist that may leave some viewers underwhelmed. But reaching this destination is less important than the journey. And what a weird, dark, savage trip it is.