The Last King Of Scotland 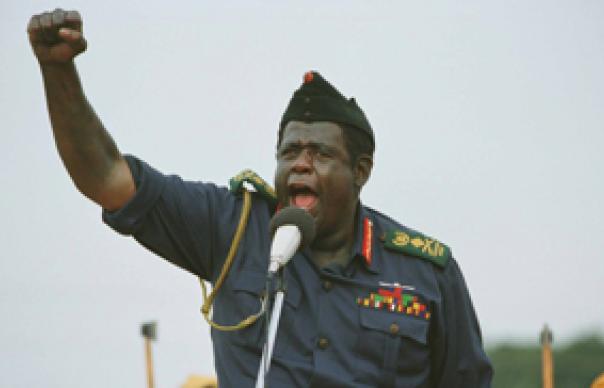 The feature debut of documentary maker Kevin MacDonald (One Day In September, Touching The Void) is a lively affair set in Seventies’ Uganda, detailing the fictional relationship between young Scottish doctor Nicholas Garrigan and Idi Amin, the flamboyant and homicidally paranoid African dictator whose secret police murdered at least 300,000 suspected political opponents between 1971 and ’79.

Following a stint in the jungle with fellow volunteer Gillian Anderson (svelte, blonde and barely recognizable from her Scully days) Garrigan (McAvoy) finds himself seduced by the wealth, power and dangerous charisma of surprise Scots-ophile Amin (Whitaker, slick with sweat and channeling both Brando’s Kurtz and his own bone-crunching footballer Charles Jefferson from Fast Times At Ridgemont High). Before long, and much to his surprise, Garrigan is soon adopted as Amin’s most trusted advisor.

A canny political satire at heart, and one that expertly sustains a sensation of impending doom, this film of Giles Foden’s novel unwisely upends its base for forays into romance, via Garrigan’s affair with the most comely of Amin’s many wives, and foreign intrigue. But the performances are uniformly awards worthy and Whitaker’s will be legendary.