The Kid With A Bike 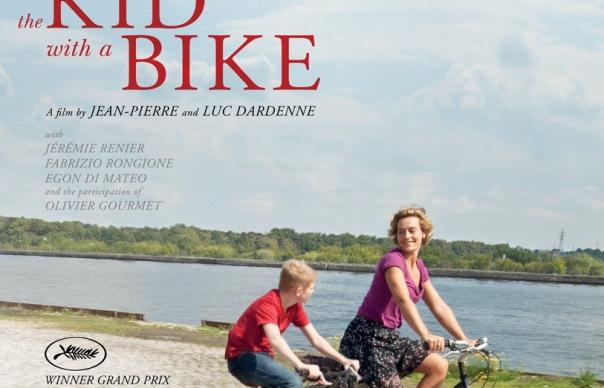 The Belgian Dadenne brothers, Jean-Pierre and Luc, are heavyweight European filmakers, having twice won the Palme d’Or at the Cannes Film Festival and, with The Kid With A Bike, the festival’s Grand Jury Prize.

You can draw comparisons – superficially, at least – between the Dardennes and filmmakers like Ken Loach and Mike Leigh, who explore a similar social landscape. The Kid With A Bike explores the relationship between 12 year-old Cyril (Thomas Doret, who closely resembles Kes’ David Bradley) and Samantha (Cécile de France), a local hairdresser who takes him in when his father disappears.

Cyril is unable to understand that his father abandoned him. In one of the film’s many understated but powerful scenes, Cyril’s father – played by Dardennes’ regular Olivier Gourmet – almost breaks down as he explains to Samantha that he just can’t cope with raising a 12 year-old boy. As ever with the Dardennes, it’s their instinctive understanding of human behaviour that makes their films so compelling.