Japanese horror remake, with Sam Raimi on board 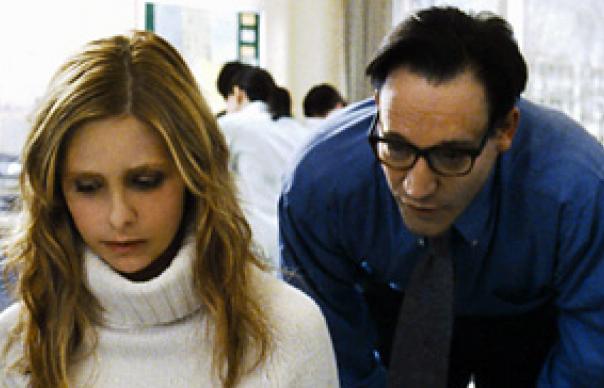 A smart remake of last year’s eerily discomfiting Japanese horror flick Ju-on, The Grudge sees director Takashi Shimizu, under the aegis of producer and horror maestro Sam Raimi, reworking his own fragmented haunted house story to accommodate star power, glossy production values and the need for narrative closure. So feisty American exchange student and part-time “care worker” Sarah Michelle Gellar is chased around a cursed Tokyo home by a creepy undead mother-and-child combo while she single-handedly solves the riddle of the curse and the secret obsession behind it.

Along the way, there’s some clunky narrative exposition (Bill Pullman, Clea DuVall, William Mapother and more all turn up in the same tiny Japanese house) and some nice floaty CGI stuff. But mostly it’s just Raimi and Shimizu gleefully delivering the B-movie basics: sudden jumps, shocks, bangs, screams, eye-poppers and gore-shots, and at a rate that’s thick and fast enough to satisfy the most jaded horror fan.