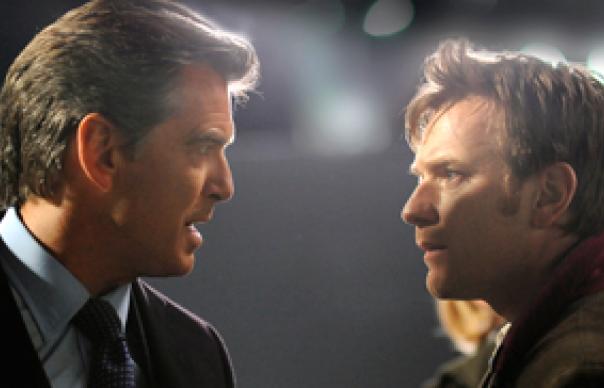 It’s clear that author Robert Harris, adapting his own novel for the screen, has no great love for Tony Blair.

The assignment becomes more interesting, as the ex-PM is accused of war crimes. But the involvement of Polanski switches the emphasis somewhat, as the retired politician is besieged by the media on his Cape Cod retreat, and unable to travel freely across borders.

The film works while McGregor is trapped on the island, finding himself distracted by the PM’s wife (the excellent Olivia Williams, who is Cherie, with added sultriness), but it loses direction as Harris’ rage is channelled through some clunky plot developments.