Absorbing, ultra-realistic study of one year in a French classroom 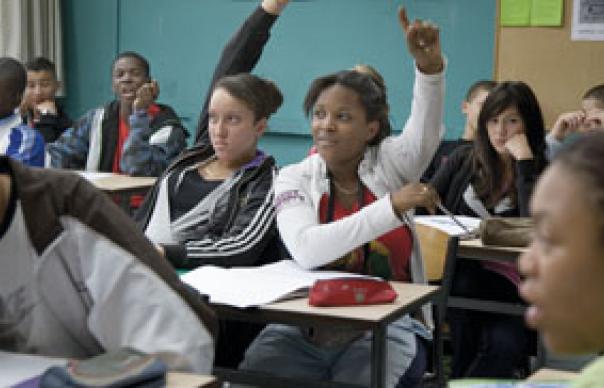 From Robin Williams through Michelle Pfeiffer to Richard Griffiths, the movies have lapped up the idea of the inspirational teacher. How many of us, though, ever actually encountered such a mythical beast? And how many teachers today feel like they’re really making a difference?

Based on the experiences of real-life Parisian teacher Begaudeau, Cantet’s remarkable, brilliantly acted movie is a bracing antidote to the tradition. Shot semi-documentary over a year, with scenes worked up through improvisation, the bulk of the movie is confined to a single classroom as Begaudeau, playing himself, seeks to penetrate the wall of bored indifference between him and his wary 14-year-old charges.

The class’ ethnic mix suggests Cantet considering the stew of contemporary French society in microcosm, but the movie will be as recognisable, and relevant, in London or LA. As Begaudeau tries to read, lead, provoke and joust with his class, there come fleeting moments of connection, fascinating, bantering debates, misunderstandings, frustrations, outright failures. But no miracles, no life changing breakthroughs. And yet, by casting aside rose-tinted spectacles and *Blackboard Jungle*-style gritty-delinquency clichés, *The Class* pays so much more respect to teachers, and to pupils. Goodbye Mr Chips, indeed.