The Baseball Project – Volume One: Frozen Ropes And Dying Quails 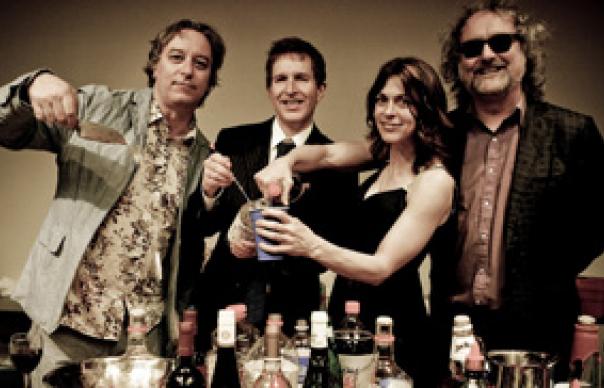 Concept albums about American baseball? On the surface, it’s an unlikely, fairly unappetising premise. Yet Scott McCaughey, lately of REM and Minus 5, and ex-Dream Syndicate leader Steve Wynn thought it a capital idea. And having bonded over drinks at an REM bash, the pair spent a week in Portland hammering out the details, joined by Wynn’s drummer Linda Pitmon and REM guitarist Peter Buck. They clearly had a blast. The result being this album of smart, witty and loud fanboy rock. The best part is, you don’t need to get baseball to get it.

Aside from the roistering music, what makes this ultimately so appealing is they way McCaughey and Wynn universalise their subject. By fleshing out the triumphs and tragedies of a dozen all-American heroes, they afford them the same mythic status, good and bad, as American outlaws of the old West or pre-war blues giants. Take “Sometimes I Dream Of Willie Mays”, a wistful memory of a first game that ends as a sad acknowledgement of mortality as the titular hero becomes error-prone in his later years. Or “Satchel Paige Said”, in which the eponymous black pitcher sets out his rules for living (chiefly “don’t look back”) over a careening guitar riff and blowsy harmonica.

Some of it feels almost throwaway, like the glam Sweet-rock of “Ted Fucking Williams”. But other songs are surprisingly tender, as in “Jackie’s Lament” and “Broken Man”, which chronicles the downfall of onetime legend Mark McGwire in a drugs scandal. Or “The Yankee Flipper”, which recounts how Black Jack McDowell hit the skids after giving the finger to 50,000 baying fans.

An unexpected treat then, from alt.rock vets making like garage brats with boyhood posters lining the walls. Even David Letterman invited them on recently. Says Wynn: “Man, 48-years-old and I get on the Letterman show on a baseball record. You just never know.”