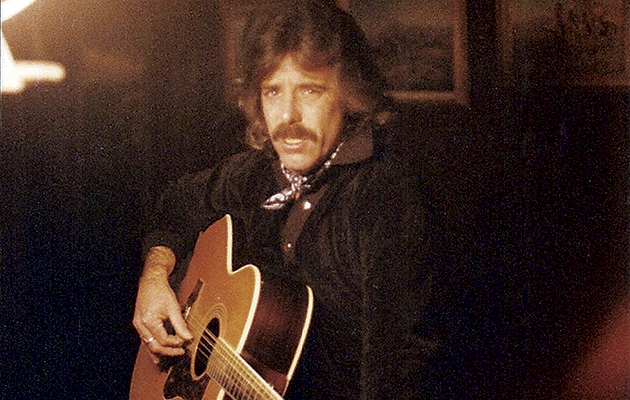 When Terry Dolan died in 2012, he was still awaiting the release of his debut album, recorded 40 years earlier. A folk singer who’d gravitated west from his Connecticut birthplace to arrive, aged 21, in San Francisco, he’d spent six years performing in the Bay Area when Warner Bros signed him in 1971 on the back of a demo, “Inlaws And Outlaws”. Already a local radio favourite, this shuffling, slow-paced but impassioned – and commercially unavailable – number recalled David Crosby’s “Cowboy Movie” from the same year’s If I Could Only Remember My Name. It merged Dolan’s hippy roots with a more muscular sound he’d developed while substituting his 12-string acoustic with an electric guitar for opening slots with local live heroes, Country Weather.

Warners’ catalyst was producer Nicky Hopkins, an ex-pat Brit whose dazzling keyboard skills had earned him work in The Rolling Stones’ touring band. His departure, one month into recording, to focus on Exile On Main Street was most likely the reason Warners shelved the project. The label’s callous, unjustified choice was crueller still given that Dolan overcame this catastrophic development, bringing in another English producer, Pete Sears, Rod Stewart’s bassist and keyboard player. Together, they cut a further four tracks, perfectly matching – albeit with greater emphasis on piano – the sound of Hopkins’ work.

Dolan, Hopkins and friend Greg Douglass, Country Weather’s guitarist, had originally amassed some of the region’s finest players, including John Cipollina (Quicksilver Messenger Service) on lead guitar, Lonnie Turner (The Steve Miller Band) on bass, and The Tubes’ Prairie Prince on drums). “Inlaws…” was now brim-full of bottleneck guitar solos and Hopkins’ wild piano lines, while its rousing chorus – “Living my life, free!” – was additionally vitalised by the unknown Pointer Sisters, who added a devotional, gospel dimension. They also elevated the riotous Aquarian anthem, “Rainbows”, and enhanced the sweet sentiment behind “Angie”, written for Dolan’s wife and delivered with a laidback serenity Tim Buckley would mine on 1974’s Look At The Fool.

Six months later, Dolan and Douglass reconvened with Sears and a second stellar lineup to complete the ill-fated collection. Neal Schon, later to co-found Journey, contributes vital, bluesy guitar on “Purple An Blonde” – though Dolan’s robust vocals nonetheless dominate – while Tower Of Power’s Mic Gillette provides sublimely muted French horn on a heartfelt cover of JJ Cale’s “Magnolia”. “Burgundy Blues” may feel desultory in comparison, but even closer “To Be For You”’s 75 seconds ache with a transcendent, wistful longing redolent of Neil Young’s After The Gold Rush.

Tragically, Dolan was crushed by Warner’s actions, and rarely made it beyond America with his subsequent band, Terry & The Pirates. Four decades on, however, his neglected folk-rock classic serves as a long overdue, stirring eulogy. As Dolan himself sings, “See what your love can do?”