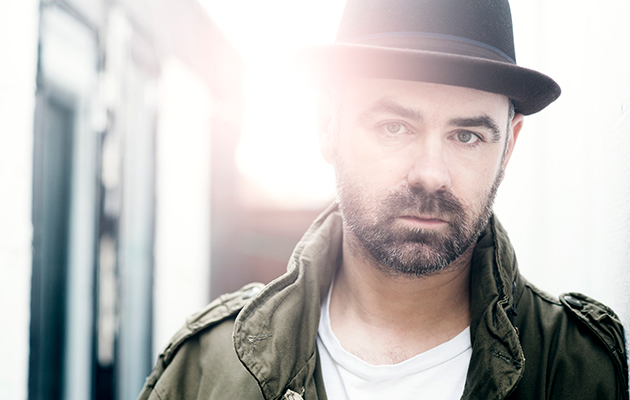 He might argue the definition, but Steve Mason’s alternative pop journey of 20-odd years has been a pretty successful one. It’s involved leadership of The Beta Band, who garnered both critical and commercial acclaim (all three of their albums made the UK Top 20), fruitful association with the DIY-inclined Fence Collective, a string of cultish experimental releases under various solo aliases, and two albums as Steve Mason, for which he hooked up with electronic producers Richard X and Dan Carey.

Productive it may have been, but the singer-songwriter and guitarist’s trip has also been extremely bumpy. In the end, The Beta Band were stymied by the withdrawal of record company favour, shifting popular tastes and plain bad luck. “I always imagined we’d be as big as Radiohead,” Mason said in 2004, “but it hasn’t happened. I don’t know why.” In addition, he battled serious depression for years, while the Betas’ wilfulness also played its part – they famously denounced their first album as “a crock of shit”, turned down lucrative ad offers and, in one rush of blood to the head, blew £4,000 on Velcro suits. When Mason called time on the group after eight years, they were £1.2 million in debt. The title of their last album, Heroes To Zeros spoke volumes.

And yet, Mason has done more than persist. He’s thrived. His third solo album switches track from 2013’s conceptual Monkey Minds In The Devil’s Time, an energised genre blend heavy on political content, inspired by his experience of the violent unrest on London streets in 2011. Mason jokily describes Meet The Humans as “my reward for the people who stuck with me through Monkey Minds… It’s the album they wanted me to make.” In fact, it’s another of his drives for ruthless emotional honesty, couched in variations on a familiar mix of heavily rhythmic piano, quasi-psychedelic guitar, folksy acoustic strumming and loping grooves. But it’s also a bigger, more expansive band sound – filled out with strings, brass and studio trickery – that reflects Mason’s emergence from the isolation of his depression and his enjoyment of a newly positive, more connected life in Brighton, after leaving rural Fife in 2014.

Produced by Elbow’s Craig Potter, clearly an empathetic pair of hands, the album opens with the gently insistent, country-hop grooves of “Water Bored”, which suggests The Charlatans cutting loose in Ibiza. It’s a point of reconnection to the early days of the Betas, when Oasis, The Verve and Ocean Colour Scene dominated the local landscape and “I Know”, from their debut EP, cast them as a Caledonian Stone Roses, albeit more modest and reflective than euphoric. “Alive” follows a similar pattern, adding melodica and simulated sitar, while “Alright” and “Hardly Go Through” lay on the heavy drums, the former gradually adding treated guitar and strings, building to an orchestral sweep that fills the entire song frame, without tipping into bombast.

There’s a change of pace with the sweetly impressionistic “Through My Window” – a demo recorded at Mason’s home in Brighton, that he and Potter decided to leave exactly as it was – and “Planet Sizes”, which comes galloping out of the traps, then canters off across a Love-like open plain. As always, Mason’s hushed, tender voice is the record’s emotional glue, addressing not so much the social conviviality of the title, but more one-on-one relationships and associated issues of trust, forgiveness, loss and dependence. “I can hardly go through without you/What am I supposed to do without you?” he entreats in “Hardly Go Through”. But the burden of confession is eased on closing track “Words In My Head”, which echoes Massive Attack’s “Unfinished Sympathy”. “I love you, in my own way, every day,” Mason declares, later whispering, “please don’t ever listen to the things I say,” over and over.

“I thought it was funny to end an album like this with that line,” the singer admits. Listener beware, seems to be the message to anyone prone to a strictly literal reading of Meet The Humans. There’s no shortage of melancholy here, but it’s of an understated and universal kind. Crucially, there’s none of the darkness that seeped through so much of Mason’s previous work. As he understands very well, they’re two quite different things.

Q&A
Steve Mason
What was your intent with Meet The Humans?
I always try to do something very different from what I’ve done before, but whilst it’s bigger and quite a lot more confident, it’s not that different instrumentation- and production-wise. The difference is more to do with the content. With Monkey Minds… I’d done a political album and I just couldn’t do that again.

Your emotional honesty is on usual full beam.
I’m always striving to have absolutely no barrier between my private thoughts and what goes into a song, onto a record and then out to the public. I think an artist’s job is to be horrifically honest.

What drew you to Craig Potter as producer?
I wanted to go bigger, with a more band-oriented sound, but without getting pompous. I was struck by how enthusiastic he was and how much he’d really listened to the tracks I’d sent him. Every person who’s ever made a record sooner or later wants to make a Phil Spector record, but the trouble with that is the cost of filling the room. I wanted to get a little slice of that, by thinking about strings and brass, etc.

You’ve said you currently feel “pretty victorious”.
I do. I lived in a version of hell for about 15 years and it was really dark and unpleasant. But I kept fighting through it all and I’ve managed to beat it. The fact that I decided to move to Brighton and leave the woods behind says a lot; I wanted to start living in a place with other human beings. I guess it’s a true story of some kind of redemption.
INTERVIEW: SHARON O’CONNELL