The cryptic professor of American indie leads his Jicks to a fifth... 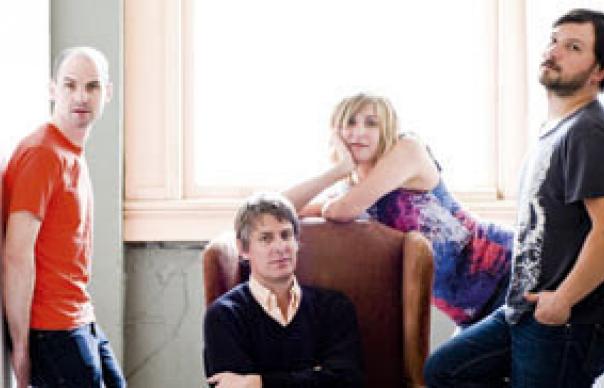 When Stephen Malkmus bequeaths his notebooks and journals to the University Of Texas, as surely he must, what textual labyrinths await poring scholars!

Straggly, scribbled soups, no doubt, of glorious nonsequiturs, goofily derailed cliché, bold insertions of modern-day lingo and doodle-strewn couplets. Malkmus is a kind of David Foster Wallace of Amerindie – each string of songs hotwired with their own internal logic boards, never tied together conceptually, pathologically digressive. Only when you listen closer, try to ‘get’ the song, do you realise that few of the lines actually fit together at all – it’s more as if Malkmus has snipped and pasted jottings from a crazed commonplace book or dream diary. But hey. Don’t beat yourself up about it. Just go with the slackbrain flow and you’ll be fine.

It’s incredible to think that Slanted And Enchanted, the album that put Pavement on the map, was recorded 20 years ago. While Malkmus was out on the road with the reformed group last year, he also found time to tape Mirror Traffic, the fifth album by the band that, he’s claimed, is named according to the equation: “J from Jagger, plus Mick minus M”. While The Jicks corrall some of the best elements of American rock from the past four decades, ultimately they revive and occasionally extend Malkmus’ past achievements. Like The Fall, each album simultaneously answers expectations and slightly defies them. Also as usual, there are plenty of references to the process of making music itself – Kaoss Pads and distortion (“Asking Price”), the audience (“Fall Away”), toting guitars and riding in tour vans (“Senator”). Most strikingly, Mirror Traffic contains some of Malkmus’ most gripping guitar playing for ages, and there’s plenty of space allocated to his eely, vermiform lead lines that ooze into just about every song after the lyrics have wrapped up. He’s ably abetted by regular lineup of Joanna Bolme (bass), Mike Clark (keyboards and guitar) and Janet Weiss, the superb ex-Quasi/Sleater-Kinney drummer who’s sadly surrendering her Jicks badge with this release.

Malkmus had me at “I caught you streaking in your Birkenstocks”, the first line of opener “Tigers”. Most of his vocals were laid down in a single day – the evidence is on “Stick Figures In Love”, where he seems to invent a line that doesn’t quite work and snortingly cracks up. Beck Hansen, who produced Thurston Moore’s recent, excellent Demolished Thoughts, flies the desk here, too, lending some kind of invisible clarity to the overall ambience. As on Moore’s album, it’s difficult to discern exactly what he’s done, but efforts have been made to lift it somewhere just above four dweebs rocking out in a smelly room. The group themselves sound relaxed and confident, stretching out in the slower numbers like “No One (Is As I Are Be)” and “Share The Red”. They even see fit to include a short instrumental fragment, “Jumblegloss”, which begins like some lost Cocteau Twins demo and fades out over swinging jazz drums.

Malkmus tucks in some great one-liners: “I’m a 1-800 You-Can-Vent”(“Tigers”); “I ‘heart’ the part when you play the concerned friend” and “Sit-ups are so bourgeoisie” (“No One…”); “Sweet little peppercorn, I want out of your pie” (“All Over Gently”). On the laser-sharp “Senator”, Malkmus snarls a refrain about weapons-grade sludge for migrants and senators wanting blowjobs. This zesty anti-anthem, in the mould of LCD Soundsystem’s “North American Scum”, gets as close as Malkmus ever has to a perceptible political rage. And on “Asking Price” – “Too busy putzin’ round the internet/Revel in the disconnect” – he may be making an oblique point about misplaced faith in technology. But the album doesn’t allow many pauses for reflection. “Tune Grief” screeches off the block like Jonathan Richman at the helm of a bulldozer. Clark’s electric piano and theremin lend sarcastic tinges to “All Over Gently”’s sardonic relationship brush-off, and its skittering structure comes closest to Pavement’s demolition-derby approach to keeping the beat. “Long Hard Book” is one of several slower paced semi-acoustic tracks, with a pedal-steel frosting and an extraordinary treated-guitar coda.

That’s Mirror Traffic, then: consistently entertaining, beautifully recorded, enough lyrical Malkmusings to occupy a generation of decoders, plus it rocks. A caveat? That perhaps that formidable intelligence might occasionally be more directed; that all the fragmentary crosstalk and canny snark might strive to get to a place beyond the disconnect – to a place where we can see not just the grin, but also the cat behind it.
Rob Young