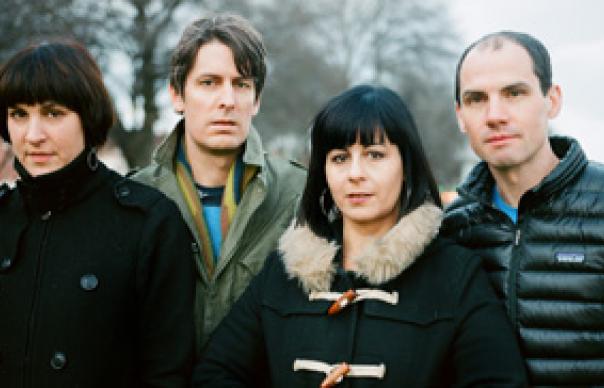 Though he’s synonymous with one era of slackness, on Real Emotional Trash, his fourth album, former Pavement songwriter Stephen Malkmus connect with quite another. A record filled with magnificent extended jams, that has the phrase “stoned digressions…” in its first song, its title track even finds the singer heading across the Mexican border in a cheap caravan.

It is, in short, a hippy record, and a very good one. Physically, Malkmus increasingly resembles a literature professor, from whom the faculty expects great things. Spiritually, however, he remains the most questing of heads: open to diverse musical influences, and with the kind of impressive chops that could, in the wrong hands, remind one of the joyless new school of US “jam bands”. Luckily, Malkmus is a far merrier prankster.

Duly, this album has seen him gather some like minds around him. Now complemented by the addition of former Sleater-Kinney drummer Janet Weiss, Malkmus’s band The Jicks confidently negotiate his schemes. On the ten minute title track, a cousin of Pavement’s “Half A Canyon” in its fusion of canonical sources, the music pays homage to Television, Fleetwood Mac and freewheeling Allmans rock, a picaresque that’s a neat encapsulation of Malkmus’s best qualities. Chief among them, good jokes: “Down in Sausalito we had clams for dessert/You spilled Chardonnay on your gipsy skirt…”

Somewhere in among this chaotic mix of classic rock and conceptual flights of fancy (“Hotshot Willie”, a tale about a police informant, is written entirely in the argot of the ‘70s cop show) you’ll find the mercurial spirit of much of the record. Malkmus, though, is a songwriter who has refined the art of dropping many true words among his jests.

The sombre tone present in the workout of “Baltimore” (“For all of your hustle/What did you win?”) and in “Gardenia” (“You’ve got some kerb appeal/But can you cook a three-course meal…”) both seeming to satirize the pursuit of material gain for its own sake.
Evidently, Malkmus has found an eloquent way to drop out of all that. Right now, there’s never been a better time to turn on to him, and tune in.

UNCUT Q&A: STEVE MALKMUS
UNCUT: What comes first – the jams or the tunes?
MALKMUS: The tunes…I’ve got a demo studio in the basement and I jam with myself. But jamming with yourself is not really jamming –jazz guys can jam with themselves. I make these fake band things, then the band jam on that.

There’s a lot of humour in your music…
It’s hard to maintain a heavy stance for a whole record unless you’re, you know, really heavy. I usually start musically from the point of bands that I like, and they’re generally not funny bands. I add my own lyrical stance so it’s not slavish imitation.

Do you still smoke pot?
I gave up smoking weed about ten years ago. I hadn’t smoked in a while, I had some hash in Amsterdam, and it was like an acid trip. I was like, “I gotta stop.” But you don’t have to be stoned to make a stoned digression.