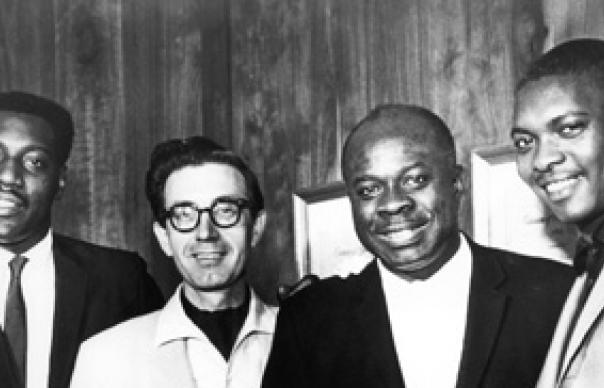 Motown boasts more hits and the greater legend, but Stax, ‘the little label that could’, has proved a more enduring influence than
its arch-rival. Its success is also more improbable; where Berry Gordy started out to make black music mainstream, Jim Stewart’s Stax began as a country label that almost accidentally developed an interest in soul. Even then there was little idea that Stax’s punchy R’n’B and gospel-drenched vocals could develop into a national, let alone international force – the Stax sound was deemed too down-south and raw.

Stewart held two ace cards in his roster of local talent. The first was a demon house band, Booker T & The MGs, that stoked the fires through endless sessions. The MGs did dirty funk – “Green Onions” was a bombshell of a debut – but developed a tuneful, slinky minimalism that won a wider audience; “Soul Limbo” still rocks cricket crowds. Augmented by the Memphis Horns, they became a pocket-sized big band, the brass often assuming the role of gospel chorus.

Then there was Otis Redding, a singer touched with genius, who embodied black America’s new confidence. Otis could growl, sob and emote, but he also wrote great originals like “Respect” and when the Stones covered him, he versioned them right back on “Satisfaction”.
With talent like William Bell and Eddie Floyd, bluesman Albert King and court jester Rufus Thomas, the Stax roster quickly cooked up hits. Redding’s death in 1968, and the souring of Stax’s association with Atlantic, might have killed the label.

Instead, under the command of Al Bell, Stax kicked on, selling millions of Isaac Hayes’ Hot Buttered Soul and Shaft albums, and successfully marketing The Staple Singers, classy local turns (Johnnie Taylor) and wonderful one-offs like Jean “Mr Big Stuff” Knight.
Bolstered by Hayes’ “blaxpoitation” chic and the Staples’ gospel dignity, Stax became an antidote to black America’s political disillusion, an ambition that delivered 1972’s Wattstax festival and film. It was a brilliant peak – soon after the label conflagrated in allegations of financial corruption. Remarked MG bassist Donald “Duck” Dunn: “I knew it was all over when they signed Lena Zavaroni”. Best remember Stax this way – big-hearted, sexy, soulful.