Spiritualized’s seventh album is a lavish and sentimental paean to rock’n’roll... 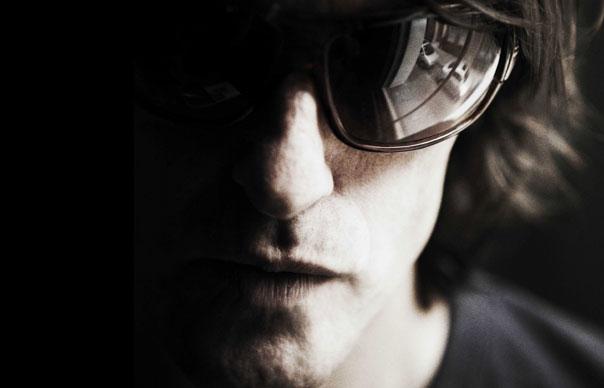 Heartbreak, drug addiction, near-death experiences… Few other musicians have spun their personal tribulations into song as vividly as Spiritualized’s Jason Pierce over the last couple of decades. Not that the author himself necessarily sees it that way.

Pierce has regularly complained that the break-up narrative of Ladies And Gentleman… is a journalistic invention, and that songs such as “Medication” and “The Twelve Steps” shouldn’t be interpreted as literal readings of his own experiences. He’s even dismissed those who made the apparently straightforward connection between his last album, 2008’s Songs In A&E, and the time he was rushed to hospital suffering from bilateral pneumonia.

Perhaps that’s why, despite a troubled gestation during which Pierce was housebound for almost a year following another round of debilitating medical treatment, Sweet Heart Sweet Light resists all attempts to impose a convenient backstory. As always, there are lyrical teases – “Sometimes I wish that I was dead/ ‘Cos only the living can feel the pain,” runs the conspicuous first line of the lilting “Little Girl” – but on the whole this is a sanguine and at times even sentimental record. Life may be tough, it counsels, but everything will be OK as long as we gather our loved ones around us and submit to the healing power of rock’n’roll.

“Play loud and drive fast” instruct the sleeve notes, and some of Sweet Heart Sweet Light’s finest moments recall the gleeful motorik chug of prime Spacemen 3 – albeit with a busload of string players and the cream of the UK’s free jazz scene along for the ride. Yet despite the presence of experimental musicians such as Evan Parker and Finn Peters skronking away in the background, it’s Pierce’s formative, canonical influences that continue to dominate the Spiritualized sound. His homages may often be clunky – when you name an album Sweet Heart Sweet Light and its first song “Hey Jane”, it’s pretty obvious who you’re channelling – but they are always lavish and heartfelt.

“Get What You Deserve” and “Headin’ For The Top Now” kick up a righteous stink, with Pierce running through his full repertoire of stock rock’n’roll rhetoric. He “ain’t got time to make no mistakes”, he “ain’t gonna stop until I die” and at one point he’s even “living my life on a prayer”. Confirmation that he’s regurgitating these vintage clichés with a sly grin on his face is provided when he starts retelling a nursery rhyme in the style of James Ellroy (“Mary, Mary quite contrary/ How does your future go? / Backstreet dealin’, midnight stealing’/ Oh, does your mother know?”).

As a contrast, there are Pierce’s ‘pop’ efforts – his attempts to write in a classic, sumptuous Brill Building style. “Little Girl” and “Too Late” – originally intended for Marianne Faithful or Candi Staton, until Pierce got “the fear” – are actually pretty glorious. But “Life Is Problem”’s over-egged Jesus metaphors are too much to stomach, and “Freedom” is unforgivably syrupy. Spiritualized’s scorching two-chord burners can generally withstand most of the orchestral indulgence thrown at them, but on some of these slower numbers, Pierce’s songwriting staggers under the weight.

The Roundhouse Choir are deployed rather too greedily, occasionally sounding more Godspell than gospel. And whether you view the appearance of Pierce’s giggling 11-year-old daughter Poppy on “So Long You Pretty Thing” as a touching moment or a cloying indulgence probably depends on your attachment to Pierce’s whole sentimental journey up until this point.

The song itself is a typical Spiritualized extravagance, nudged along by blossoming strings and a sterling banjo part courtesy of The Magic Numbers’ Romeo Stodart, before finally bursting into a jubilant extended coda on which Pierce appears to be joined by most of the fifty or so musicians and singers on the album, all swaying in unison. It’s undeniably stirring, but also a little bit ridiculous. Just like rock’n’roll itself, then.
Sam Richards

Q&A
Jason Pierce
Did any overarching themes present themselves as the album started coming together?
The overriding idea was I was going to make a pop record – not a pop record like you’re going to find on a rack in Boots or something, but a record that doesn’t ask too much of the listener ahead of time. I had to have treatment for a disease I had, and I knew the treatment was going to take it out of me, so I figured I’d make a pop album and make it easy on myself. Hah! Little did I know that it wasn’t going to be easy. What I learned along the way is that when you make distorted or abstract music you put up a kind of barrier. But with pop music there’s nowhere to hide – everybody understands the medium. I felt really exposed.

What did you learn about the songs from playing them live at the Royal Albert Hall last year, when you premiered the whole album in its entirety?
Not a lot. It was a proper inconvenience, that was. I didn’t do it to say ‘Hey, I’ll show you what I’ve been doing’, it was more that I didn’t know what the hell to do otherwise. I’d just about got through my treatment at that stage and I wasn’t very fit. It just threw up a whole lot of indecision. The studio is all about the meticulous details, but live is like being under a huge waterfall that you can’t capture. It was weird mixing the two things up.
INTERVIEW: SAM RICHARDS