Danny Boyle does TV shows and gangsters... in Mumbai 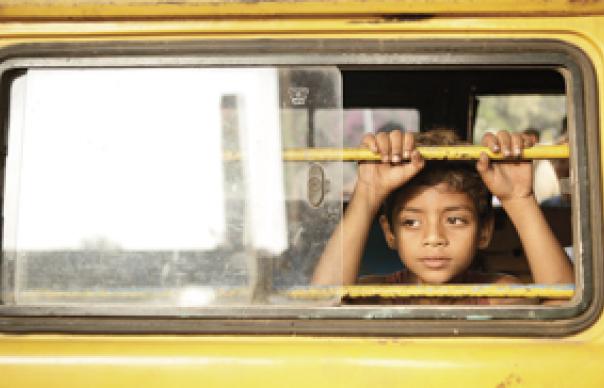 
After Wes Anderson’s prim Indian oddyssey in last year’s The Darjeeling ltd, Danny Boyle’s fast-paced urban fable arrives shimmering with the same dazzling, surface colours but with a real, urgent and often grubby sense of life. Filmed on location, it follows Jamal (Patel), a teenage chai wallah from the slums who finds himself in an Indian police station after making it to the last leg of the Hindi Who Wants To Be A Millionaire?.

How could a street kid know so much? This is the question Irfan Khan’s police inspector wants to answer, and in flashback we learn how Jamal grew up, fell in love, left the slums and lost his brother to the underworld. Which is where the film works best; filmed with Danny Boyle’s trademark energy, it provides a thrilling glimpse of an unseen India, following Jamal and his sibling as the capital mutates into Mumbai from Bombay. Much like the brats in Boyle’s Millions, the children are extraordinary, and Boyle runs with them, full-tilt, in the lightning flash of youth.

If the script matched the visuals, then, Slumdog Millionaire would be near faultless, but, as is so often is the case with Boyle, the words fail him. The quiz show conceit is never really used to its full potential, and the gangster subplot is just too dark for a film that aims to bowl you out on a fairytale high.