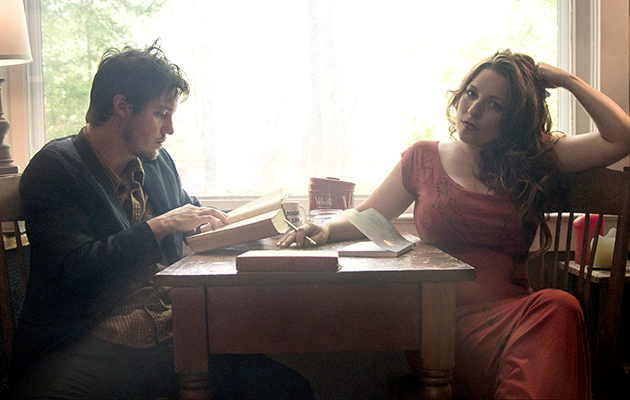 Michael Trent and Cary Ann Hearst have made their reputation as a duo with keen ears for characters and places, their songs essentially serving as clever narratives on which to hang variants of blues, folk and country clatter. 2013’s “Birmingham” was a case in point (and an Americana Award winner), a rucking number about life on the road, protagonists Rockamount Cowboy and Nickajack Man burning rubber between Tennessee and the Carolinas.

Their career has moved on apace since follow-up Swimmin’ Time grazed the US Top 20, a documentary about the couple appeared in 2014 and last November saw them release a set of collaborations with pals such as Shakey Graves and The Milk Carton Kids.

Little Seeds isn’t a radical departure from past endeavours, though it is a more expansive work and, more interestingly, a more personal one. Many of these tunes were a direct result of events close to home. Perhaps none more so than “BWYR”, a spectral, harmony-driven plea for unity in divisive times, a response to the church shooting that claimed nine lives in their adopted Charleston last summer. The death of a friend forms the basis of “This Ride”, while two compositions deal with the Alzheimer’s diagnosis of Trent’s father, a dual portrayal of stoicism and dignity fragmented by memories that refuse to knit together.

All this might suggest an overly sombre listening experience, but Little Seeds is actually nothing of the sort. These songs are often vividly effervescent. “I Know” is a playful tale of petty jealousies and band rivalries that sounds like a dust-up between T. Rex and Gun Club. “Buffalo Nickel” examines the nature of Trent and Hearst’s marital relationship, its distorted howl and primitive thump adding a further dimension to the similarities to The White Stripes. And the recent arrival of the couple’s first child also plays into the album’s more spirited passages. It is, in fact, a portrait of life’s triumphs and travails, its joys and sorrows rendered in wholly compelling detail.