Shelby does Dusty In Memphis...Almost 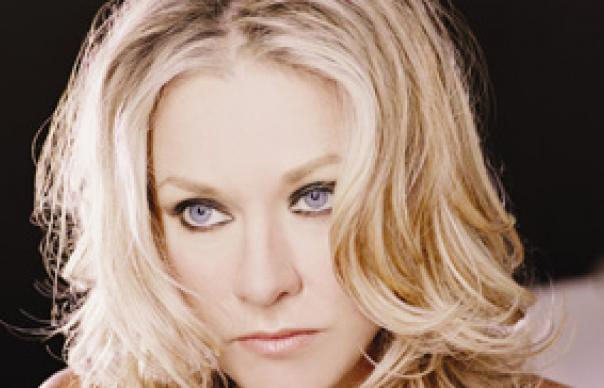 Having drawn Dusty Springfield comparisons for some time now, it was odds-on that Shelby Lynne would have a record like Just A Little Lovin’ in mind. But the surrounding circumstances were less predictable. Originally suggested by friend and fan Barry Manilow, these nine Springfield-famous covers (and one original, “Pretend”) were Lynne’s solution to Capitol Records’ lack of conviction over last LP ‘Suit Yourself’. Everyone loves Dusty, she figured.

Which brings its own baggage. Vowing to steer clear of untouchables like “Son Of A Preacher Man”, Lynne’s song selection is key. There’s a case for avoiding “I Only Want To Be With You” and “Anyone Who Had A Heart” too, but the results are remarkably good. In squeezing all the Saturday night/Sunday morning feel from the originals, she refashions them into doleful folk-soul songs. Instead of strings and choirs, producer Phil Ramone relies on piano and spare tones of jazzy guitar. So the title track, for instance, now sounds like a mournful elegy rather than the gospel celebration of its ‘Dusty In Memphis’ forebear.

It might all be too restrained for those craving the robustness of 2000’s breakthrough LP ‘I Am Shelby Lynne’, but effortless elegance is the order here. There’s added vulnerability too, mindful of lapsing into self-pity. Instead of Memphis Horns and weary euphoria, “Breakfast In Bed” is hushed guitar, piano and Lynne’s torchy lament. And she seems to find new meaning in Tony Joe White’s “Willie & Laura Mae Jones”, which could have been swiped from Bobbie Gentry’s songbook.

If there’s something odd about an authentic Southern girl reworking a singer from Ealing who longed to emulate her American heroes, then it’s perhaps best to judge this record on its own merit. Which, as it turns out, is very high indeed.