Directed by Steve McQueen Starring Michael Fassbender, Carey Mulligan When the Manhattan branch of the Standard Hotel opened for business in summer 2009, it instantly became the hot topic of conversation among New Yorkers. Not as you might think for its stunning views across the Hudson river – but because people were flocking to the park below to watch guests having sex in front of the hotel’s floor to ceiling windows. 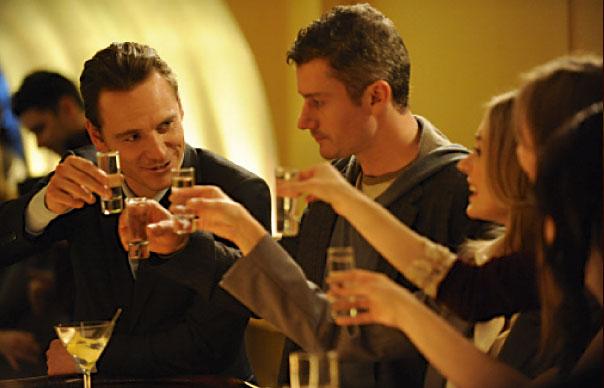 When the Manhattan branch of the Standard Hotel opened for business in summer 2009, it instantly became the hot topic of conversation among New Yorkers. Not as you might think for its stunning views across the Hudson river – but because people were flocking to the park below to watch guests having sex in front of the hotel’s floor to ceiling windows.

Some of these scenes are repeated in Shame, British director Steve McQueen’s bracing and unsettling film about sex addiction in New York that features a powerful central performance from Michael Fassbender.

Fassbender, an actor who can move fluidly between the mainstream and arthouse, is perhaps best known for playing the ‘young’ Ian McKellen in last year’s X Men prequel, but he’s also done bold work in films like Andrea Arnold’s Fish Tank. Here, though, in his second collaboration with McQueen, he is required to go the extra mile. In the first five minutes, we see his character, Brandon Sullivan, naked, then masturbating in the shower. In a near-silent opening half hour, Brandon prowls New York, hitting on women in the subway on his way to work, scoring in bars, entertaining call-girls at home. We understand this is Brandon’s routine. Into this Sissy (Carey Mulligan), Brandon’s sister, arrives uninvited. She and Brandon are refugees from an unspecified childhood trauma, and accordingly Sissy suffers from her own particular set of problems. “We’re not bad people,” she tells her brother. “We just come from a bad place.”

The other main character in all this is New York, shown here as a city of white workspaces and antiseptic apartments, filthy sidewalks and subways. Arguably, New York acts as a facilitator for Brandon, providing him with outlets and opportunities to feed his addiction. There are echoes of Midnight Cowboy in the damaged, mutually dependent relationship between Brandon and Sissy, and Taxi Driver in its depiction of a nighttime New York. With its inclusion on the soundtrack of Chic’s “I Want Your Love” and Blondie’s “Rapture”, you could be forgiven for thinking this was set in the grimy New York in the late Seventies or early Eighties. I’m reminded, too, of American Psycho: when Brandon tells a girl in a bar exactly what he’d like to do to her, he sounds like Patrick Bateman describing his plans for his latest victim. One famous Bateman line – “I simply am not there” – could just as easily apply to the inscrutable, cipher-liker Brandon.

Shame is less formal than Hunger, McQueen and Fassbender’s previous collaboration about IRA hunger striker Bobby Sands, which owed a debt to McQueen’s background as a visual artist. Shame moves more fluidly, particularly in a long, ambitious tracking shot of Bandon jogging through New York at night. Strangely, for a film filled with memorable and often shocking images, this is one that lingers: Brandon, alone, running through a noctural neon landscape.
Michael Bonner