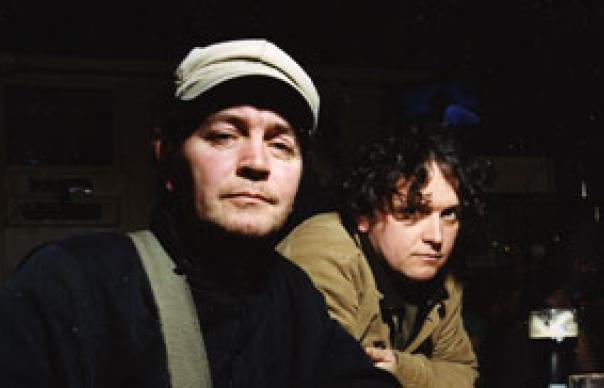 To those who’ve not heard it, the story of Shack can’t help but sound a little bit like “Great Expectations”. From humble beginnings, a band has some interesting adventures, and endures some hairy moments. A promise of great wealth seems it will emerge from one source – but in the end, their salvation comes from a surprising, but generous benefactor. If there weren’t drugs involved, you could almost see it being serialized at Sunday teatime, on BBC2.

As it is, a different kind of domesticity pervades the work of Mick and John Head. For the twenty years that the pair have made music as Shack – they were once part of the fragile, bossa-nova-centric Pale Fountains – they have specialized in wringing amazing beauty from the humdrum. Lyrically, their songs take their starting points from experiences as everyday as having a cup of tea (“Cup Of Tea”), picking up dry cleaning (the great single “Al’s Vacation”), or being spooked by the television (“Neighbours”). Where the band take them from there, however, is where their magic lies.

“Time Machine” collects some hugely strong examples of their transformative art. “Cosmic Scousers” is a rather demeaning epithet, but Shack‘s talents – which stylistically pay a homage to the works of Love and The Byrds – is for creating a poetic, indoor psychedelia. The resulting music, propelled by Mick Head‘s soft mumbling and rich with his brother’s impressive lead guitar is empathetic, at times (like 1998’s “Pull Together”) anthemic, but without any kind of bombast.

Instead, the songs here feel as though they’re less being performed, more being shared. Worthy contemporaries of The Stone Roses in one era, and Oasis in another, Shack remain now as they have for years: a band you’d hope more people would know about.

Why they don’t (a blend of tragicomic misfortune, lost tapes, self-inflicted obstacles, and what must simply be bad luck) is something we can only hope that this great record, released on Noel Gallagher‘s own label, might help re-address. Whatever, you suspect the trappings of fame wouldn’t particularly turn their heads – Shack have already seen so much, without even leaving the house.

UNCUT: How did the association with Noel Gallagher come about?
MH: Noel turned up at a gig in Birmingham, and we had a chat, and we got on from there. It was like: “Let’s try and do something one day”. And when we were looking round, he said did we want to do something, and we said, “Yeah, definitely.” He’s a total kindred spirit, he’s a beautiful man. I’m his brother – we played with them: if we were fucking up, they’d pull us aside and say like, “behave yourselves”.

UNCUT: There’s nothing from “The Magical World Of The Strands” album on there?
MH: Is that a fact? Oh d’you know what, I thought there was. Bloody hell! Oh, I know: it’s because we were The Strands. It was a very different thing to Shack, a different time of our lives: it started off as a solo album, but I needed some guitar, and I thought, “Why not ask our John, he’s the best guitarist in the world?”