Scott Walker – The Childhood Of A Leader OST

Soundtracking the horrors of totalitarianism... with strings 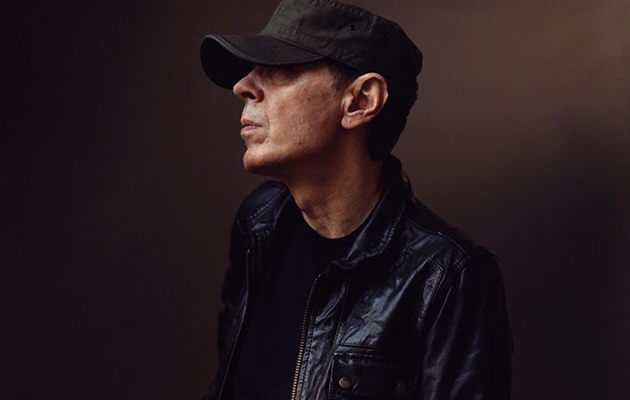 A noted cineaste and a formidable composer, it is perhaps a surprise that Scott Walker has not found himself scoring more movies in his five-decade career. But then, as we have learned over these last few years, Scott does what Scott wants. Since his plunge into the avant-garde abyss with 1995’s bleakly gothic Tilt, he has periodically turned his solitary, uncompromising art in the service of the screen. There was the score to the 1999 French romantic drama Pola X, and perhaps more shockingly, given his recent trajectory, “Only Myself To Blame” – a David Arnold-orchestrated cut from Bond outing The World Is Not Enough that hinted at the Scott Walker of the mid-1960s, that debonair balladeer refining the language of love and heartbreak, might not be lost forever. But his orchestral soundtrack to Brady Corbet’s feature film The Childhood Of A Leader feels of a part with the Scott Walker who makes records today: a visionary of the grim and grotesque, mining history and literature to construct dark and unholy cathedrals of song.

It is not hard to see what Scott might see in The Childhood Of A Leader. Loosely based on a short story by Jean-Paul Sartre that chronicled the childhood of a future Fascist leader in the aftermath of the First World War, Corbet’s film taps into a few of Scott’s artistic preoccupations: the psychology of totalitarianism and the vainglorious ego of the dictator. Throughout his catalogue, such themes have cropped up over and over. “The Cockfighter”, from Tilt, made use of the testimony of Adolf Eichmann, the so-called “desk murderer” who oiled the wheels of the Holocaust; while “Clara” from 2006’s The Drift derived its name from Mussolini’s mistress Clara Petacci, and used the sound of a beaten animal carcass to signify the nature of the pair’s demise, executed by communists and strung up in a Milan square. This sort of detail – morbid, cryptic, often coloured with a splash of ink-black comedy – is Scott’s bread and butter.

This being a soundtrack, and not a conventional Scott Walker album, there is no sign of that pale, theatric lieder that floats through latter-day Scott records like a phantom. But there are clear points of continuity between The Childhood Of A Leader and recent studio albums, The Drift and Bisch Bosch. On board here are two longtime Scott collaborators, co-producer Peter Walsh and musical director Mark Warman, the latter placed in command of an orchestra comprised of 46 string players and 16 brass players. “Opening” sets the tone – portentous, doom-laden, panicky in its intensity. A rank of double basses are bowed in insistent rhythm, while towards the upper registers, violins hit high, strangulated tones and horns blare in clusters of booming dissonance, reminiscent of the thunderous brass tirades of These New Puritans’ Field Of Reeds. While not quite as challenging an opener as, say, Bisch Bosch’s “See You Don’t Bump His Head”, it is the sort of welcome that will have had cinemagoers trembling in their seat, wondering whether to sneak out and seek refuge amongst the pick’n’mix.

It is the strings that dominate The Childhood Of A Leader, although you might not immediately notice how strong a role they play, given the range of tonalities, the breadth of approach on show. “Village Walk” blends European folk melodies with delicate pizzicato touches. “The Letter” and “Cutting Flowers” shimmer spectrally in the higher registers. “Third Tantrum” is a terrifying and tumultuous piece, its tense drones interrupted by knife-like slashes of violin; redolent of perhaps the most famous all-strings soundtrack in all of cinema, Bernard Herrmann’s score to Psycho.

Elsewhere, we hear Scott’s uncanny cinematographic talents, his skill for telling stories through sound. With its clacking-typewriter percussion and dull generator hum, “Printing Press” literally sounds like a factory line. And as the film’s narrative tightens its grip, the orchestra neatly marshals a growing sense of portent. The muggy horn dissonance that accompanies the signing of the ruinous Treaty Of Versailles (“Versailles”) feels like prophecy, of dark seeds sown and a harvest later to be reaped.

Those terrible horns emerge again in the cacophonic finale, an epic unveil in which the destiny of the film’s young subject is realised. In some quarters, Corbet’s film has been criticised for not quite getting under the skin of its subject; as psychoanalysis of Fascism, it falls short. You could hardly call Scott’s score especially nuanced. But as a recreation of the sheer visceral horror of totalitarianism, a hideous spectacle of tyrannical power unchecked, it is difficult to fault. Listen, if you dare.

Q&A
Mark Warman
How did the orchestral sessions proceed?
The studio orchestra I conducted in a week of sessions at Angel Studios in June 2015 was made up of London’s finest freelance professional players, each hand-picked for their stamina, musical energy and commitment. Many of these musicians have worked with Scott Walker on previous projects and are trusted by him to deliver on the extreme demands he makes of their instruments. The strings numbered 24 violins, eight violas, 10 cellos and four double-basses and were led by Paul Willey. The brass comprised six bass trombones, five French horns and five trumpets, with certain players doubling on flugelhorns and tenor trombones as well, and were led by John Barclay. Everything was fully notated and scored for this huge orchestra to perform.

What happened to the orchestral recordings then?
Numerous electronic and sampled textures were added in weeks of additional studio recording, all performed by myself on a battery of synthesisers and multiple computers loaded with the latest software instruments
INTERVIEW: LOUIS PATTISON