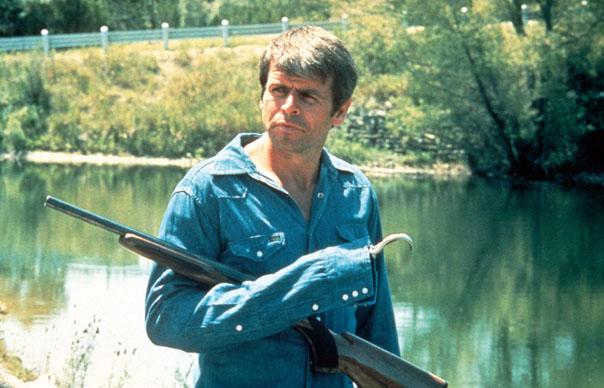 In 1971, while still a young film critic, Paul Schrader published his essay Notes On Film Noir. Short, to the point, slightly crazy, it’s one of the seminal pieces on the subject, a perfect introduction to the black stuff. But Schrader’s essay is equally fascinating as a manifesto for the kind of movies he was about to start making himself. A key condition, he writes, is “War and post-war disillusionment… a service man returns to find his sweetheart unfaithful or dead, or his business partner cheating on him, the whole society something less than worth fighting for.” Most revelatory is Schrader’s declaration that “the cream” of noir was its “third and final phase, the period of psychotic action and suicidal impulse. The noir hero… started to go bananas.”

Here you have the blueprint for the neo-noir triptych with which Schrader launched his screenwriting career. First came The Yakuza (1974), with Robert Mitchum iconic as a WWII veteran called to modern Japan to fight shadows of his past, before chopping off his own finger. Next, Taxi Driver (1976). And then, this, the most bananas of the bunch: 1977’s Rolling Thunder, featuring a dead-soul protagonist whose prime weapon is the specially-sharpened prosthetic hook he wears after the bad guys liquidise his hand in a garbage disposal.

As in Taxi Driver, our anti-hero is an alienated Vietvet, Major Charles Rane, played by the shark-toothed, routinely undervalued William Devane. After seven years of torture in a Hanoi POW camp, he’s returned to his San Antonio hometown and given a hero’s welcome –flags, parades, and gifts including a lipstick red Cadillac convertible and a box containing one silver dollar for every day of his captivity, over $2,500 in all.

Beneath the surface, however, all is not well. In his absence, Rane’s wife has taken up with another man. His young son has long since forgotten him. He drifts around town like a dead man until, one afternoon, he comes home to discover a gang of lowlifes waiting in his lounge, demanding that box of money. By the time they’ve left, Rane has lost his wife, his son and his hand. But he’s gained something he’s been missing: finally, a grim new sense of mission. When he gets out of hospital, he loads his car with every weapon he can find, looks up an equally disturbed ex-comrade (a ghostly Tommy Lee Jones), and heads after the gang, down into Mexico, toward the kind of apocalyptic whorehouse showdown rarely seen this side of a Sam Peckinpah movie.

Rolling Thunder’s ultra-violence and ultra-weirdness saw it shabbily treated. Producers 20th Century Fox demanded Schrader’s original script toned down, then dumped the movie anyway, selling it to exploitation specialists AIP for the grindhouse circuit. Since its original release, it has become difficult to see, a victim of legal tangles over ownership, but has attracted a cult that includes Quentin Tarantino, who named his production company after it.

He’s fussy about it now, but Rolling Thunder is a key Schrader work. It’s very much Taxi Driver’s flat, hard echo, but, rolling out across a shabby backdrop of smalltowns and backroads, it’s smaller, trashier, stranger. The director is John Flynn, a workman whose brutally efficient style was honed to perfection with this and The Outfit (1974), another key entry in the ‘70s noir revival.

Flynn’s movie is blunt, shorn of Scorsese’s dazzling expressionistic flourishes, but this TV-movie like aspect makes it all the more unsettling. Beyond fragmentary flashbacks, we’re given none of the glimpses we get into Travis Bickle’s interior state. Stiff and hidden behind aviator shades, Rane is a hard, blank surface, impossible to read. Devane is an actor who often tears into roles with grinning lust, but he’s brilliantly minimal here. Few of his reactions make much emotional sense, until you realise: he has no emotions left. It takes a while to understand just how crazy he is.

When Rane does finally go into action, there’s a terrible sense he’s motivated not by any love for his family or even desire for revenge. He just wants to get back into war, back to torture. It’s war he misses, torture he loves. Strange stuff, indeed. Schrader has been a little off the boil recently, but it’s worth noting his new movie, The Jesuit, coming later this year, is about a man whose wife is killed, heading into Mexico for revenge… No sign of a hook, but fingers crossed.
EXTRAS: Interview with co-star Linda Haynes, original trailers, comments from celebrity fan Eli Roth.
Damien Love