Minnesota mavericks’ Don’t Tell A Soul album revisited, with glimpses of what might have been 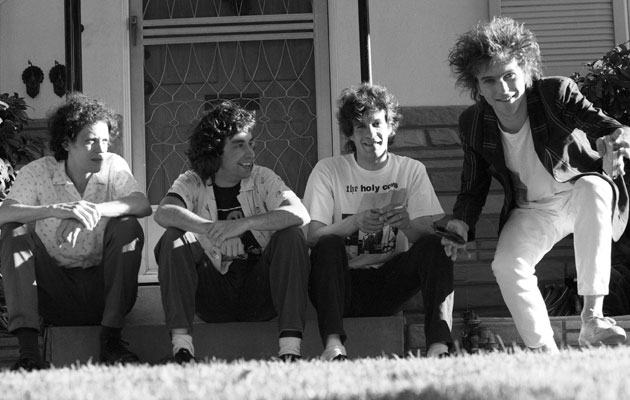 If ever an album was a fixer-upper, it’s The Replacements’ 1989 Don’t Tell A Soul. With a recording process that was chaotic and self-destructive even by the Minnesota quartet’s peerless standards, a firestorm of external and internal band pressures, and sky-high expectations after their peak Let It Be/Tim/Pleased To Meet Me run, the album was primed to fail.

So Dead Man’s Pop, the working title for Don’t Tell A Soul, is the rarer form of deluxe-edition boxset, not an obsessive documentation of a treasured work, but a reclamation project. Presenting essentially two new versions of the record, in addition to a live show and bonus tracks from the period, it argues that a few tweaks can rewrite the historical place of The Replacements’ sixth record from the start of their decline to a last gasp of their ’80s college-rock dominance.

At the time, Don’t Tell A Soul set its sights even higher, as the Warner Brothers executive suite felt they were ready to graduate to mainstream success. With frontman Paul Westerberg finally taking his singer-songwriter role seriously and wildman guitarist Bob Stinson officially departed, the industry was ready to anoint them, alongside their friendly rivals REM, as The Great American Rock Hope at the end of the ’80s.

But after two troubled sessions with inexperienced producers steamrolled by The Replacements’ path of bottle-draining destruction, Don’t Tell A Soul landed like the double compromise it was – between Westerberg’s ambitions and the limitations of his band, and between the polished hit single dreams of the record company and the band’s untameable anarchy.

Funnily enough, one of those production casualties gets first crack at a salvage job, as original producer Matt Wallace – who would later record successes for Maroon 5, John Hiatt and Faith No More – helms the remixed, “redux” version of Don’t Tell A Soul. Beyond just updating the original’s reedy, compressed mix to modern loudness standards and reshuffling the tracklist, Wallace chips away at the ’80s jangle and gated drums to reveal the ragtag glory beneath.

“We’ll Inherit The Earth”, which originally sidled in with Mellotron and a morse-code diddle, now stomps into the room with distorted bass and unhinged arpeggios, while quirky, radio-unfriendly decisions – a banjo in “Talent Show”, a trumpet in “Back To Back”, assorted studio chatter – are restored. Most dramatically altered is “They’re Blind”, a gauzy slow dance now even slower, lengthened by almost a minute and menaced by guitar feedback instead of an insipid mandolin.

The second disc presents yet another alternate-dimension Don’t Tell A Soul, this time drawn from the infamously scrapped Bearsville sessions, concisely summed up by Westerberg (in Bob Mehr’s brilliant biography Trouble Boys) as, “We went up there, hit a fucking tree, threw knives at each other, walked across the board, smashed up some shit, scared Metallica.”

For the most part, these sessions sound like very, very expensive demos, not put through The Hit Machine yet, but not particularly energetic either. Here, the real gem is an early version of “Portland”, a countrified apology for one of their legendarily worst concerts, later stripped for parts and repurposed as “Talent Show”. There’s also an unadorned “Rock’N’Roll Ghost” – just acoustic  guitar, voice, and organ – that puts the song up with “Here Comes A Regular” in the echelon of disquieting Westerberg self-assessments.

Another holy grail for ’Mats completists is the impromptu session with Tom Waits, recorded one whiskey-fuelled overnight in a Los Angeles studio. Waits and Westerberg trade improvised lines over stock blues in “Lowdown Monkey Blues”, and rehearse a couple of Replacements tracks and Billy Swan’s “I Can Help”. Like a lot of drunken nights, it was probably more fun to experience than to hear about later.

The other two discs, The Complete Inconcerated Live, present a full June 1989 show from Milwaukee that nicely complements For Sale: Live at Maxwell’s 1986, released in 2017. Where that set captured the ’Mats on their hyperactive upswing, feverishly launching into covers they only barely knew how to  play, the 1989 show is the band, if not exactly mature, at least at the peak of their songbook and still ornery in all  the right ways.

Live is also probably where the Don’t Tell A Soul material sounds most naturally Replacements, fitting snugly alongside classics “Bastards Of Young” and “Little Mascara”. In fact, the best version of the record might be assembled from these pressure-free versions. A forgettable album track like the bubblegummy “Asking Me Lies” finds new life in Westerberg’s slurred, sweary vocals and the rhythm section’s gutter swing, while “Darlin’ One” hits the sweet spot in their Venn diagram of sad, angry and anthemic.

That Dead Man’s Pop even exists is a small miracle, given the band’s propensity to erase master tapes or throw them into rivers. And for a band whose chaotic vibe was infamously difficult to capture in the studio, having so many data points by which to triangulate this less-lauded era is valuable. While the full deluxe treatment might not lift Don’t Tell A Soul all the way to “lost classic” status, it at least fleshes out an underappreciated chapter of The Replacements’ messy saga.