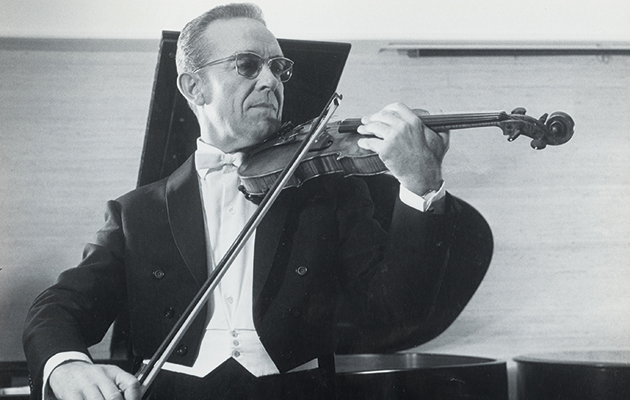 We’ve recently hit critical mass when it comes to unearthing library music from the archives – program music, in other words, tailor-made for broadcast, and yet, despite its programmatic nature, able to hold a peculiar sway on its listenership. Originally the province of the crate-digger and the seasoned record collector, the past decade has seen a run of compilations released highlighting various labels and artists from the field – see Luke Vibert’s Nuggets series, for example – and modern reissue imprints finding hidden gems: Thee Roundtable, Schema, Cinedelic, Sonor, Trunk.

At its best, the resurgence of interest in library music serves both to highlight under-appreciated talents, while also shining a light on artists previously known for other, more visible practices, such as Ennio Morricone, whose legend as the soundtrack maestro drew attention away from his involvement in a number of library albums. René Costy is another figure worthy of reappraisal, though he’s already known for one composition, 1972’s “Scrabble”, originally released on a Chappell Mood Music set, and subsequently sampled by Howie B, Common and J Dilla. Like many of this ilk, Costy’s rise to visibility came through the magpie aesthetic popularised by late 20th century sampling culture.

There was more to Costy than this, of course: a jazz musician, stellar violin player, fan of gypsy music, member of a classical music quartet, he seemed to have ears for all genres, and some of Expectancy: Collected Library Music highlights this aesthetic voraciousness – see the sweeping strings of the lovely “From Time To Time”, quickly followed by the winding, dusty-road guitars of “Country Dance”.

As with these two pieces, the set’s best tracks often come when Costy works within the weave of the collective. “Secret Mixture” is a beautiful miniature that revolves around an ascending chord change / pattern on piano, punctuated by body-morphing wah guitar, and sweet sweeps of melancholy violin. “Ever Faithfull” spins a subtle groove on an organ, etching plastic melodies over the top with analog electronics. As so often happens when we listen back to the best library music, “Ever Faithfull” feels like nostalgia for non-existent experiences, a memory trick played via the melancholy of melody.

But “Ever Faithfull” also speaks to the quietly questing aspects of library music: often, through virtue of their seeming anonymity, via the transparency of the industrial process, artists like Costy could sneak surprising experiments into their music: in this case, Costy’s explorations of the Moog and other synthesizers, highlighted on Expectancy..’s second disc, paint him as a sensitive early adopter of the technology – see the sci-fi pirouettes of “Schizophreny” for a perfect example of wild, yet blissfully melodic experiment, and “Phantasmes” for a drifting tone-float that’s equal parts Kosmiche and Spacemen 3.