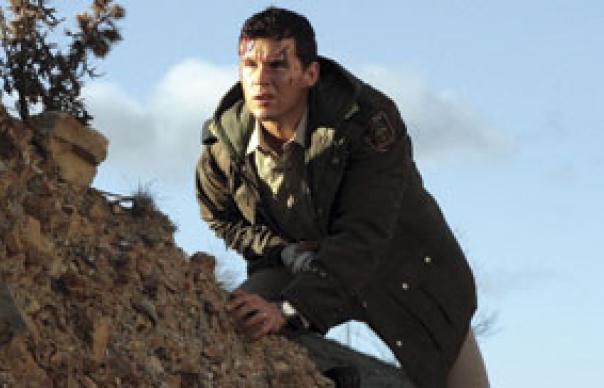 Only, there he learns that dangerous criminal Jimmy Conway (Tommy Lewis) has escaped from jail and is heading over to settle some unfinished business.

Though Patrick Hughes’ tense, often gripping film – which unfolds, with a tip of the Stetson to High Noon, in the space of a day – is much less derivative than such a precis might sound.

The immense swathes of Outback offer an appropriate, almost eerie sense of scale, while Conway’s backstory gives rise to both a political and even a surreal dimension more typical of the offbeat Spaghetti Westerns of the ’70s.

It might be too far out there for admirers of the recent Aussie gangster drama Animal Kingdom, but Red Hill has an imagination and intelligence that stays long in the mind.