A deathless debut, and 25 years ago, the first indie-rock album 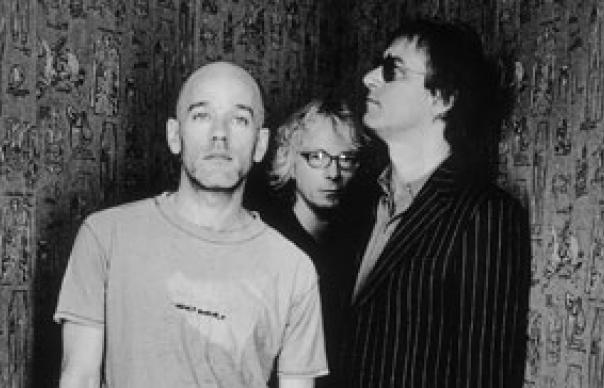 The truism that you only get one chance to make a first impression applies more strictly to rock’n’roll than to most areas of endeavour. A debut album is what you spend the rest of your career, should you be lucky enough to have one, living up to, or living down, or both. It’s your best opportunity to create that most exciting, improbable and wonderful of things: the album that sounds like nothing else anyone has heard before.

Nobody who reads this magazine – or, indeed, just turns on the radio occasionally – needs to be reminded that R.E.M. are a long-standing component of the cultural furniture, as venerable, reliable and immovable as a grandfather clock. Twenty-five years ago, however, their debut album, Murmur, seemed as surprising and strange and beautiful as catching the aforesaid timepiece unaccountably waltzing in the hallway. Twenty-five years later, it still does.

“Murmur” was a work of studied ingenuousness, which is to say that R.E.M. went to considerable pains to present themselves and their music as ineffable, ethereal, elemental. There was the band’s name, taken from the medical acronym for Rapid Eye Movement – the state of sleep that promotes the most vivid dreams. There was the title, Murmur, the onomatopoeic term which served as a pretty accurate description of the lyrics and lead vocals of this peculiar group’s singer. The cover, too, was wilfully oblique: a gloomy, washed-out landscape of kudzu vines, a bleak acknowledgement of R.E.M.’s home state of Georgia, and a further reinforcement of an apparent attitude of ironclad diffidence. This was an album that appeared utterly unconcerned about whether you loved it or not.

When “Murmur” first appeared in 1983, on Miles Copeland’s I.R.S. label, there was already some vague awareness of R.E.M.’s existence – a debut single, “Radio Free Europe”, had appeared on a tiny independent label in 1981, and a five-track EP, “Chronic Town”, released the following year by I.R.S., had attracted some decent reviews. But while the likes of “Wolves, Lower” and “Gardening At Night” were affable, enthusiastically played tear-ups, they much more sounded the work of a band who were going to peak with an opening slot for Camper Van Beethoven than they did like harbingers of a masterpiece.

R.E.M., at least, saw the potential in their early material, opening Murmur with a re-recorded “Radio Free Europe”. It is, like everything else on Murmur, elusively restrained, not entirely approachable. It’s an urgent, pulsing song with a chorus as huge and hook-laced as a tidal wave which has overturned a fishing fleet, and R.E.M. must surely have been tempted to let it fulfil its manifest destiny as a soaraway hit (a temptation to which they would later succumb, with glorious results, on the structurally similar “It’s The End Of The World As We Know It” and “Bad Day”, among others). Instead, Michael Stipe’s already indistinct lyrics are buried beneath Mike Mills’ shuddering bass, Bill Berry’s drums are brought way up high, and even Peter Buck’s guitar – about to announce itself as one of the dominant influences upon rock’n’roll for the next quarter-century – is a modest, timorous presence. “Radio Free Europe” is a fantastic anti-hit single.

When Murmur first appeared, most reviewers seeking to locate a context for it picked up, not unreasonably, on R.E.M.’s obvious influences, The Byrds and The Velvet Underground. With the perspective of two and a half decades, though, what really distinguishes Murmur – what delivered it, indeed, from being more than just another album of agreeable, jangly college rock – was R.E.M.’s willingness and ability to incorporate a much wider, and weirder, range of inspirations. From the earliest interviews with R.E.M., it was apparent that they – Buck in particular – had omnivorous musical appetites, and this was reflected throughout the album: the verses of “Pilgrimage” are perched on a herky-jerky riff that wouldn’t have sounded amiss on a Gang Of Four record, and the basslines of “Sitting Still” and “9-9” owe considerably to Jah Wobble-era Public Image Ltd. R.E.M. also sounded more like a single entity than they ever would again – the cult of Stipe, in particular, had not begun to flourish. There are barely any solos on Murmur, scarcely a moment at which one musician imposes himself on the other three.

This new edition of Murmur has, of course, been remastered. This is a sales pitch usually of interest only to people with firm opinions about speaker wire, but in this case there is a perceptible difference. The 2008 Murmur is cleaner and crisper, but the restoration has been sensitively done, disinterring some of the record’s subtler details, and bestowing extra sheen upon Buck’s Rickenbacker arpeggios: that opening riff from “Talk About The Passion”, long a staple of the indie rock fan’s first month with his first guitar, buffs up as fragile and shimmering as a dew-sprayed cobweb.

Overall, though, the feeling remains one of almost ascetic restraint, of a band determined to occlude their (eventually obvious) populist instincts: a more bombastic take on the exquisite “Perfect Circle” could have been an “Everybody Hurts”, and the structural similarities of the chorus of “Catapult” to that of Van Halen’s “Jump” cannot have been unnoticed, or accidental – a hint of the fondness for unreconstructed radio rock which R.E.M. would acknowledge a few years later with a spirited cover of

Aerosmith’s “Toys In The Attic”.

This reissue is packaged with the solemn sumptuousness apparently now obligatory for records regarded as capital-A Artefacts: essays by producers Mitch Easter and Don Dixon, as well as contributions by former I.R.S. executives. More exciting is a separate disc containing a previously unreleased live show, recorded in Toronto a few months after the release of Murmur. The set includes much of “Murmur”, a cover of The Velvets’ “There She Goes Again”, and some ghosts of R.E.M. future: “7 Chinese Brothers” and “Harborcoat”, which later appeared on the second album, Reckoning, and “Just A Touch”, which wasn’t recorded until 1986’s Life’s Rich Pageant.

Aside from engendering fervent desire that one had been present at Larry’s Hideaway that night, the recording also reinforces what an odd proposition R.E.M. really were at this point, expressing the curiosity and irreverence of art-school post-punk in a native tongue of old-school rock.

It is no exaggeration to suggest that Murmur amounts to a Rosetta Stone for what is now thought of as indie rock: the thanks and blame it is therefore due are immeasurable.