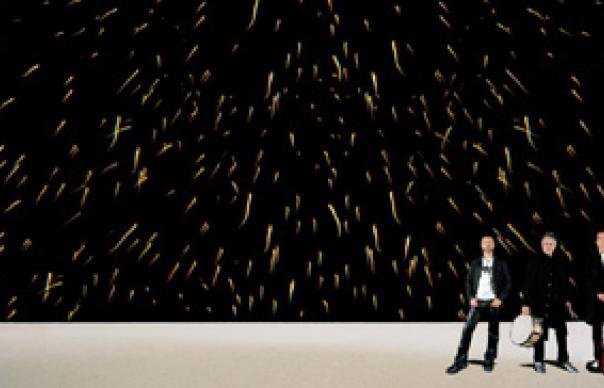 In the decade before strong>Freddie Mercury’s death, Queen were well into their bonkers phase, with a string of quirky, eccentric singles (such as “I’m Going Slightly Mad” and “Innuendo”) that took them beyond self-parody and into the realms of surrealist pantomime rock. This ill-fitting rebirth, fronted by the defiantly ungay, unIndian and uneccentric Paul Rodgers, can be seen as an attempt to ditch the Mercury-inspired absurdity and bolster Queen’s hard ‘rawkin’credentials.

The 14 tracks here, all co-written by Rodgers, Brian May and Roger Taylor, are either workmanlike pub-rock exercises (“Cosmos Rockin’”, “Surf’s Up, School’s Out”), largely turgid ballads (“Small”, “Voodoo”, “Through The Night”, “Say It Ain’t True”), or humourless Led Zep-ish ethno rock stompers (“Time To Shine”, “C-lebrity”). Only the funky military swagger of “Warboys” and the beautifully-crafted Freddie tribute ballad “Some Things That Glitter” (possibly Rodgers’ finest vocal performance since his Free heyday) survive this faintly ridiculous project with any credit.