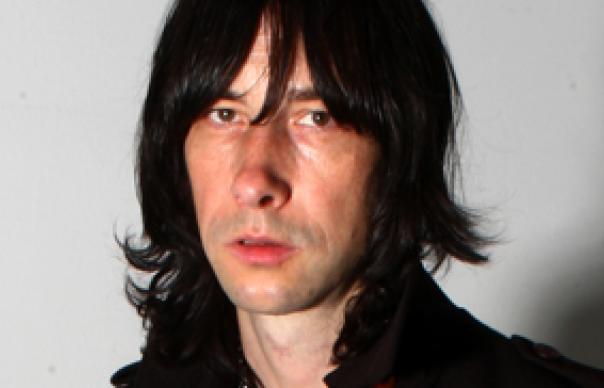 Received wisdom has it that there are two types of Primal Scream LP. There’s the joyously shameless cod blues boogie-down: whores whoring, dealers dealing (largely coke, you assume), lyrical clichés reassembled at random from Exile On Main Street, and a heroic attempt to will themselves into the rock’n’roll canon by sheer number of former Muscle Shoals players they can squeeze into the studio (see Primal Scream, Give Out But Don’t Give Up and 2006’s Riot City Blues).

Then there’s the accidentally era-defining sonic epiphany, on which Primal Scream are galvanised by the presence of a mercurial outsider to transcend their obvious limitations, apparently in defiant response to the derision usually heaped upon them when they deliver the first type of LP (see Screamadelica and XTRMNTR).

But there is a third type of Primal Scream album, often overlooked when constructing a convenient career graph of sublime-to-ridiculous flip-flopping, of which 1997’s Vanishing Point and 2002’s Evil Heat are examples, along with this latest effort, their ninth. Arguably, these transitional albums – buoyant, eclectic, groove-driven, liberally sprinkled with guest appearances and cover versions – give the truest indication of who Primal Scream really are.

If there’s one characteristic that defines Primal Scream, it’s Bobby Gillespie’s unshakeable conviction, however contrary his decision-making. It’s hard to imagine, for instance, the grizzled garage-rock guerrilla hearing Peter, Bjorn & John’s “Young Folks” and thinking, ‘Those fey shuffling drums and whistling solos are exactly what we need on our next record!’ Yet after initiating the recording process in Chalk Farm, the band decamped to Bjorn Yttling’s Stockholm studio in an attempt to mainline some of that Swedish pop magic.

At least it meant drummer Darrin Mooney got to play the same marimba Abba used on “Mamma Mia”, which he hammers with barely-suppressed glee throughout the title track. “Beautiful Future” is one of those boot-stomping, rabble-rousing anthems Primal Scream do so well, its ebullient mood only checked when you realise Bobby Gillespie is singing about “burning cars” and “naked bodies hanging from the trees”. You have to conclude he’s one of those people who’s only happy when it riots.

Cheerful plagiarism has always been another Primal Scream trademark, the band correctly assuming that if they steal brazenly enough, and with sufficient gusto, they’ll usually be indulged. As ever, the clue is often in the title: the impressively slinky “Uptown” is indebted to Prince’s song of the same name, while “Zombie Man” bears more than a passing resemblance to “Robot Man” by ex-Beta Banders The Aliens. Who cares, though, really? The latter’s exhilarating gospel chorus, a throwback to “Movin’ On Up”, is a dizzy highlight. The motorik throb of