Away, again, from Animal Collective – and into a world of rapture, reveries, and great washes of beautiful sound... 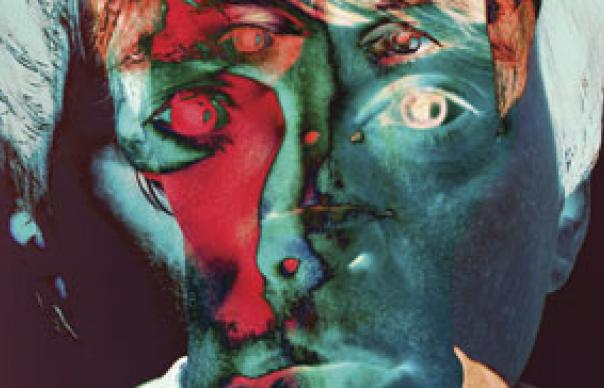 It ain’t where you come from, it ain’t even where you’re at. For a particular generation these days, it’s all about where you came from.

For the new folkies, the hauntologists, the hypnagogues and all those surfing the chillwave, music has become a chess match of reference points, opening moves establishing a time-frame, offensive manoeuvres pushing key genre tics, but all ultimately tending towards an artistic stalemate.

Whether it’s the Day-Glo ’80s plastic soul of Dãm-Funk or Toro Y Moi, or the fuzzy-felt folk of Fleet Foxes, the ghosts of past musics seem to have entirely taken over the soul of much of today’s sounds. The Animal Collective trio have previously hovered on the cusp of this tendency, their honeyed, ritualistic tracks touching on a legacy of melancholic American dream pop from The Beach Boys to Don Henley.

Individually, though, their offerings have frequently been more than the sum of their parts, especially 2007’s Person Pitch by Panda Bear, the alter ego of Noah Lennox. Now based in Lisbon, Lennox spent a portion of last year letting out his new album in dribs and drabs, on a low-key series of 7” releases on Kompakt, Domino, FatCat and Animal Collective’s own label Paw Tracks.

Now, Tomboy has appeared, featuring many of those tracks in different mixes, many of them effected by Pete “Sonic Boom” Kember, one-time guitarist with Spacemen 3 and Spectrum, who contacted Lennox after finding himself namechecked on Person Pitch. Having just produced MGMT’s Congratulations, Kember used the same Blanker Unsinn studio to finish off Lennox’s homebaked nuggets. Although it’s not clear where Panda ends and Boom begins, the soundworld of the whole album is consistent and instantly recognisable: it’s obfuscatory, full of discomfiting aural hallucinations (voices flitting at the fringes of hearing, dublike stabs and delays), while the vocals are like markings on the floor of a swimming pool, perpetually rippling. Like the long-lost days of shoegaze, Lennox’s lyrics are all but swamped in the mixes’ textural scurf, as though he’s buried in sand and lisping through a mouthful of salt water.

And the sea never seems far away. “Surfers Hymn” recalls vintage Animal Collective at their most Pet Sounds-ing. “Slow Motion”’s hook line sinks into a stuck-record vortex, a whirlpool whose eddies suck the riffs into melodious spirals. “Last Night At The Jetty” is a doo-wop ballade wearing electronic armature, reminiscent of the way David Lynch dressed up sentimental melodies in the eerie voice of Julee Cruise to claustrophobic effect in Twin Peaks. Here Lennox, trebling his vocal lines, turns himself into a one-man ensemble, tapping in to a peculiarly American dream of starlit dips and beach romance.

Yet deciphering these private raptures via their texts alone remains largely a hopeless task. Tomboy largely consists of variations on one sonic texture – the vocals are embedded in echo chambers, bass tones are almost totally absent, and only small signatures define each track: audience and soccer crowd noise intrudes on both “Alsatian Darn” and “Benfica”; while “Afterburner” is the lone mould-breaker, with a minimal techno pulse garlanded with chorused guitar. At times, as on “Scheherazade” or “Friendship Bracelet”, the music achieves an awe-ful beauty. And where Panda Bear transcends his contemporaries is in evoking a sense of nostalgia without entirely giving in to the retro impulse, even when trading King Tubby-style one-drops on “Slow Motion”. The result is a record that demands to live not in some mythologised ’80s, but in the here and now.
Rob Young