Drop The Dead Donkey creators put the spotlight on the family 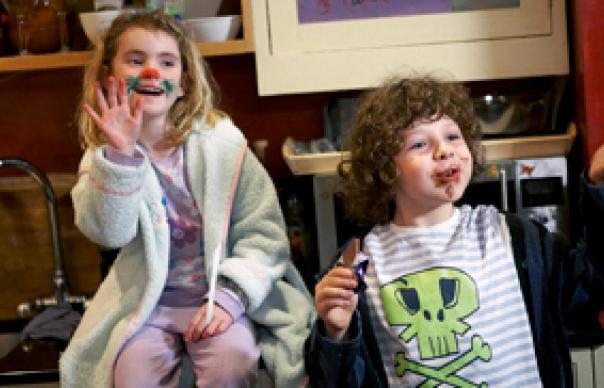 The family has been the meat and two veg of the sitcom since the days of I Love Lucy – and, invariably, not every iteration since has proved successful. For every Royle Family, for instance, there is a My Family. Outnumbered, while essentially playing a familiar tune – that is, beleaguered parents struggle to raise their kids with minimal emotional damage for all concerned – has managed to find a satisfactory way of bringing a freshness to the format.

There are familiar tropes – 12-year-old Jake, who despite the anxieties of adolescence is frequently more knowledgeable than his dad on most subjects, anarchic eight year-old Ben who’s a consummate liar, and seven-year-old Karen, who is capable of reducing her parents to impotent rage via relentless questioning.

The parents, Pete and Sue Brockman, battle with mudane, every day scenarios, such as getting their children ready for school, finding lost car keys or defusing filial squabbles about ownership of dinosaurs, rocket ships and laptops. But the spin, by Drop The Dead Donkey creators Andy Hamilton and Guy Jenkin, is to put the children at the centre of the story – and letting them improvise much of their own dialogue. It’s a bit like throwing a hand grenade into a crowded room, shutting the door and seeing what happens.

A conversation about fundamentalist terrorism, for instance, leads to this terrifying example of childhood logic from Karen: “Why would God tell them to blow up planes? He could do it much easlier than they could. He could do whatever he wants, he’s God.”

As the series progresses, Ben emerges as the show’s de facto star. In one episode, he’s denied a toy in a shop, and starts shouting “Stranger, stranger!” while pointing at his dad. “Come on, Ben,” Pete says, leading him towards the door. “My name’s not Ben!” he shrieks. His lies are magnificent.

As Pete and Sue, Hugh Dennis and Claire Skinner do a fine line in worried and worn-down. It seems like every episode is an effort for them to keep their heads above water. But there is something incredibly heroic – and, indeed, very loving – about the way they toil to keep family life and soul together against any number of adversities, many of them external. As such, the Brockmans house – a cluttered den in north London – is a place of exasperation and affection. Like all family homes, then.