Norah Jones – Be On Time 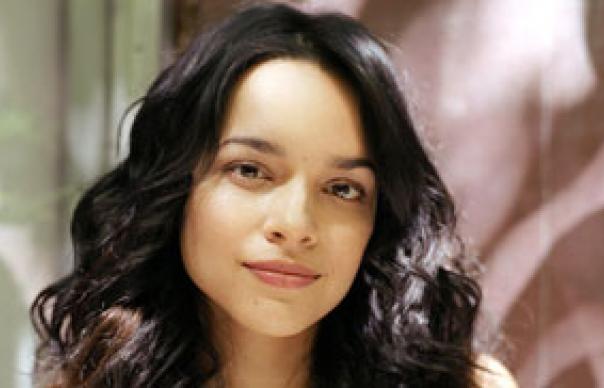 Come Away With Me, Norah Jones’ landmark 2002 debut, stands as this decade’s Tapestry. Although she wrote very little of the album, the material was painstakingly designed for her amber alto and unhurried delivery. The further refinements of 2004’s Feels Like Home suggested that Jones could continue spinning out variations on the winning formula ad infinitum, occupying her own cosy corner of the mainstream. Instead, she’s chosen to go deeper and subtler, and while the move proves to be less radical than, say, Lindsey Buckingham’s bungee jump from Rumours to Tusk, it’s still a bold one.

Paring the arrangements down to the bone, Jones and her bassist/boyfriend Lee Alexander, who produced, fashion these 13 songs, all written or co-written by the artist, with a jeweller’s delicate precision. In contrast to the earlier LPs, the arrangements on Be On Time are keyed not to mood but to subject matter. Jones no longer seems interested in crafting soft-pop confections in the manner of her hits. Rather, she deals with both her emotional state (which appears for the most part to be A-OK) and the state of the world she’s living in (which is anything but).

The album sets its parallel agendas on the opening track, “Wish I Could”, in which the narrator finds herself unable to step into the watering hole she once frequented with her ex-lover. Pretty standard so far. Then comes the first narrative wrinkle, as a female acquaintance standing in the doorway beckons her. Jones sings, “She says love in the time of war is not fair/He was my man but they didn’t care,” the couplet yanking the song into a the context of present-day unease. Jones and co-writer Alexander have one more card to play, as they reveal, in an O’Henry-like twist, that both women are aching for the same man. The pithy narrative plays out over a minimalist ensemble consisting of nothing more than a plunked acoustic guitar and a pair of cellos.

Having immediately established that this LP is not designed for dinner parties, Jones and her henchmen then head straight to Tom Waits territory. The refracted sea shanty “Sinkin’ Soon” has an “end of the world as we know it” text. But it is presented with the most whimsical of metaphors – an oyster cracker on the stew, a wheel of cheese in the sky – as Jones gives free reign to her inner Billie Holiday, at moments nearly fraying the crushed velvet of her voice. A tipsy horn section, featuring muted trombone, provide just the right shading.

The only song containing a conventional hook is “Thinkin’ About You”, the first single, almost by default. Otherwise, one surprise follows another, most strikingly with the playfully sexy intimacy of “Little Room” and the Newman-esque sociopolitical tableau of “My Sweet Country”, which stands as a contender for the most reasonable protest song ever penned.
What’s especially daring about Be On Time is the degree to which Jones and Alexander trust their songs and her languorous voice to hold the listener’s interest. The album whispers along with no pace or dynamics to speak of, and yet the effect is beguiling, as the tonalities of this rigorously subdued form of chamber pop – with pedal steel, bowed bass, Hammond B-3, Wurlitzer piano, Mellotron, brass and reeds providing the watercolour hues – blend with the finely nuanced material to create something altogether fresh. And just like that, Jones transforms herself into the gentlest of cutting-edge artists.