The Ice Queen sets sail: The Marble Index and Desertshore on two CDs, plus demos and out-takes 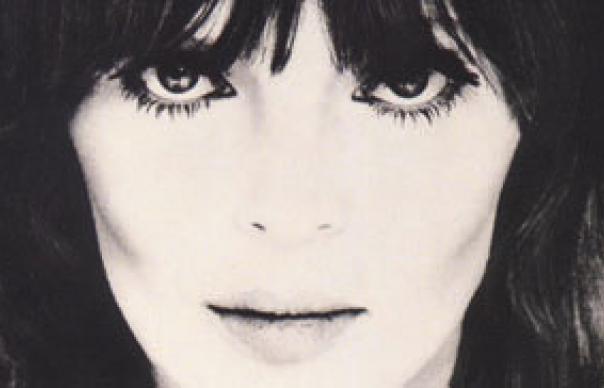 When her first solo album, Chelsea Girl, had appeared in 1968 on the back of the first Velvet Underground album, Nico had not been best pleased with the results. She didn’t like the string arrangements that producer Tom Wilson had added to her performances. She had clearly been shopping at Harrods for the material – with songs by Tim Hardin, her Velvets colleagues Lou Reed and John Cale, teen prodigy Jackson Browne, and one number, “I’ll Keep It With Mine”, written specifically for her by Bob Dylan. But she didn’t like the way it represented her as just another flaxen-haired folkie chanteuse lacking the creative wherewithal to write her own songs. She was frustrated at being better known as the companion or lover of famous artists – Andy Warhol, Federico Fellini, Dylan, Alain Delon, Jim Morrison, Brian Jones – than as an artist in her own right.

That would all change with her extraordinary follow-up album The Marble Index, one of that rare breed of recordings which, the better part of four decades later, still has no adequate comparison, existing in a genre all its own. The title derives from Wordsworth’s “The Prelude”, where Louis-Francois Roubiliac’s sculpture of Sir Isaac Newton is described as “The marble index of a mind forever voyaging through strange seas of thought, alone.” It’s a line which summarises perfectly the sense of questing isolation that comes through so strongly in songs like “No One Is There” and “Facing The Wind”.

Part of the inspiration for the album came from another ex-lover, Leonard Cohen, who encouraged Nico to take up the harmonium, the pedal-powered keyboard instrument whose wheezing drones would subsequently underpin all her future work, and which furnished a suitably haunting, miasmic base for her own compositions. As she began giving solo performances at The Scene nightclub in New York, Nico caught the ear of Elektra A&R man Danny Fields, who introduced her to label head Jac Holzman.

It was a fortuitous match of company and artist: Elektra had made its reputation shepherding idiosyncratic artists through the ’60s folk-rock boom, and despite her ice-queen voice and unusual instrument, Fields and Holzman recognised a talented singer-songwriter to stand alongside the likes of Tim Buckley and David Ackles. They were keen to have John Cale work on the project, but to cover his his lack of experience, installed Elektra soundman Frazier Mohawk as nominal producer.
Mohawk is one of rock’s Zelig figures, his name cropping up throughout the late ’60s in a variety of contexts – he was, for instance, the one who named Buffalo Springfield after a piece of farming equipment – and he sensibly took a back seat to Cale and Nico’s lead. Mohawk and engineer John Haeny ensured that the musicians’ parts were clearly captured during the four-day session.

They needed to be, too: Nico’s voice and harmonium might easily flood the lower register, while John Cale’s various instrumental parts were all improvised, and could pull the songs in unforeseen new directions. The combination works beautifully on “Lawns Of Dawns”, where his twinkling celesta and glockenspiel are like a starlit sky above the oceanic pitching and yawing of Nico’s undulating harmonium riff. The sense of exquisite disquiet is further increased by the vibrato guitar part that surges in and out as the song progresses.

Cale’s working method was to overdub individual improvised parts without reference to each other, then organise the arrangements from the disparate parts. It was a means of avoiding the kind of cosy, routine string arrangements that had ruined Chelsea Girl. “Each take, you didn’t have any idea of the centre of the song,” he explained. “They all had an implied core, and then a real core.” It was a strategy that intensified the sense of chilly solitude and intense yearning in songs such as “Frozen Warnings” and “No One Is There”, Cale’s austere string lines providing the perfect setting for Nico’s lonely lines like “All of them are missing as the game comes to a start/No one is there”. The album built to a suitably harrowing conclusion with “Evening Of Light”, where Nico’s apprehension of “midnight winds” at “the end of time” are borne on a bed formed by a minimalist, cyclical celesta figure, while discreet, tortured string lines cut across each other in a bout of atonal jousting.

It was a short album, mainly because Mohawk and Haeny couldn’t listen to much more than half an hour of it. “It kind of made us want to slit our wrists,” he recalled. “The Marble Index isn’t a record you listen to. It’s a hole you fall into.” This was only the first of many similar responses to the album. After Elektra’s West Coast head and hip scenemaker David Anderle was played the final mix in a darkened studio, he sighed with relief and said, “I had no idea this was going on!” But Jac Holzman, to his credit, recognised the album’s intrinsic quality – albeit not enough to sponsor the follow-up Desertshore, which appeared a few years later on Reprise.

This time Cale was both producer and arranger, and the settings were marginally less terrifying: “Afraid” was sung over a gentle blend of piano and viola, while Nico’s celebration of youthful fire, “My Only Child” – one of several pieces inspired by or written for her son Abi – came decked out in gorgeous three-part harmonies, with a lonely horn coda at the conclusion. But elsewhere, things are as tense and harrowing as before, particularly on “Mutterlein”, whose Gothic cathedral of sound incorporates cacophonous piano clusters, bleak horns, and clanking industrial percussion.

Both albums are reissued here accompanied by batches of demos, out-takes and alternative versions, many confirming the clarity, throughout the two projects, of Nico and Cale’s vision for her songs. She would continue to voyage through strange seas of thought, alone, for the rest of her career, though never again with quite the potency and dark distinction of The Marble Index.