A 1970 classic from the archives, featuring Crazy Horse at full-strength 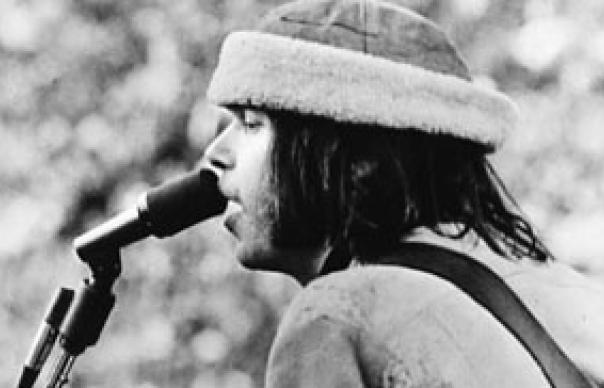 In the continuing absence of Neil Young’s “Archives”, we clutch at any morsels dispensed from the great man’s table. Long a live bootleg classic – as well as being the source of “Tonight’s The Night”’s “Come On Baby Let’s Go Downtown” – Neil’s March 1970 sets at the Fillmore East showcased the rising star of grungy country rock in the company of the band that helped him find his musical feet on 1969’s cracklingly great “Everybody Knows This Is Nowhere”.

The title track of “Everybody Knows” is the opening one here and immediately sets the tone for “Live at the Fillmore East”: the loosely funky 4/4 groove patented by drummer Ralph Molina and bassist Billy Talbot, the wiry guitar interplay between Young and junkie henchman Danny Whitten, the half-assed barrelhouse piano contributed by the curmudgeonly Jack Nitzsche (introduced by Young as hailing from New Mexico rather than his native Michigan).

“Fillmore East” is most famous for the long jams on two “Everybody Knows” epics. “Down By The River” consists pretty much of two chords in the service of heads-down trance – imagine Hendrix’s “Hey Joe” fused with the horns-locked CSNY intensity of “Long Time Gone”. The difference here is that Whitten simply complements Young’s livid, splayed extemporizations rather than (a la Steve Stills) attempting to upstage and drown them out. “Cowgirl In The Sand” can also be whittled down to two lopingly grungy chords and similarly offers a vehicle for long, needly guitar lines that wind their way round Whitten’s rhythm strumming. If you love Young’s playing, you could listen to his intense sustain and sputtering attack all night.

“Come On Baby Let’s Go Downtown”, sung by its co-author Whitten with a blue-eyed-soul larynx that could be Stephen Stills fronting Moby Grape, is a smack classic that prefigures the unfortunate demise of the former Rocket. Young and Billy Talbot yelp along in a manner more akin to Flo & Eddie than Danny & the Memories. Young included it on “Tonight’s The Night” as a kind of memorial plaque to the guitarist he’d axed on the eve of the “Time Fades Away” tour.

That leaves “Winterlong”, unreleased in its studio incarnation until 1976’s “Decade”, and “Wonderin’”, introduced by Young as a track from “our new album” but unreleased in studio form until 1983’s “Everybody’s Rockin'”. The former is a cult favourite among Neilheads but to these ears remains melodically banal; the latter has a clipped country feel that did not survive its metamorphosis into a Shocking Pinks track. Nevertheless, live ‘70s rock doesn’t come much better than NY in NYC. An album of rough beauty and electric density, “Fillmore East” captures the formerly frail troubadour at his most fired up.