It’s ridiculous, for sure. But it’s also ridiculously good. Plus Matt Bellamy Q&A 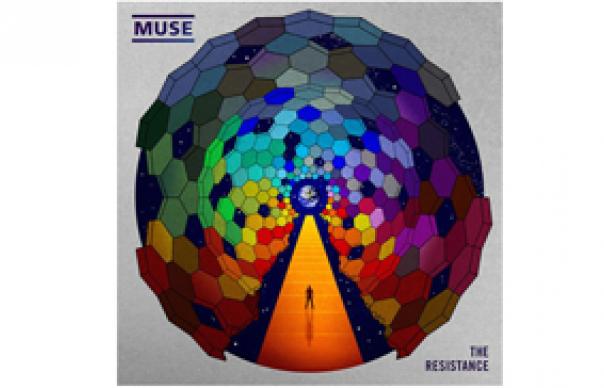 Muse’s frontman Matthew Bellamy is one of a breed of crackpots who believe that 9/11 was “an inside job”: that the 3,000 people who died in the Twin Towers – and, presumably, the victims of terrorism in London, Madrid, Mumbai, Delhi, Bali, Jakarta, Sudan, Somalia and so on – were not killed by Islamist terrorists but by some shady cabal comprising the CIA, MI6, Mossad, Gilead Sciences, Shell Oil and a phalanx of shape-shifting reptiles. Bellamy, an innocent, relentlessly curious autodidact who questions absolutely everything, is essentially prepared to believe any hare-brained conspiracy theory that counters the prevailing worldview.

However, the qualities that make Bellamy such a credulous conspiracy theorist are, perhaps, exactly the qualities needed in rock music right now. If you’re a rock star, why not question absolutely everything? Why cleave to this outdated punk notion that musicianship is A Bad Thing? Why settle for one catchy riff when you can crowbar half a dozen into a single song? Why not throw in an operatic aria, an electro beat, some thrash metal guitar shredding and the chords from a Liszt symphonic poem before you’ve even got to your first chorus?

The opening track on Muse’s first studio album in three years, “Uprising”, is a case in point. It takes a Goldfrapp-style schaffel beat and the “whoop-whoop” riff from Blondie’s “Call Me” and marries them to some leftist sloganeering (“Rise up and take the power back/Fat cats will have a heart attack”). And that’s about as orthodox as the album gets.

“Undisclosed Desires” employs a skeletal Timbaland breakbeat, a Prince digi-funk riff and some Spinal Tap-ish sentiments (“I want to exorcise the demons from your past”). “I Belong To You” starts of like a jaunty 10cc song, mutates into a Rufus Wainwright ballad, quotes from a Saint-Saëns opera and then goes into a jovial clarinet solo.

“Guiding Light” takes the bombastic pulse from Ultravox’s “Vienna” and bolts it on to a slice of U2-meets-Brian May stadium rock; “MK Ultra” sets the chords from a Chopin prelude to a heavy metal stomp; “Unnatural Selection” is Metallica-meets-Big Beat.

All these tracks, however, are dwarfed in scale by “United States Of Eurasia”, an audacious six-minute voyage through Mitteleuropa, the Balkans and the Middle East, which eventually finds peace in a string-drenched reading of Chopin’s E-flat Nocturne, and ends with the explosion of an Exocet. With nods to “We Are The Champions”, “Mustapha” and the multi-tracked harmonies from “Bohemian Rhapsody”, it sounds like Queen’s maddest moments crammed into a single song.

Yet we’re still not done. The album closes with Muse’s “Jazz Odyssey” a 14-minute piece in three movements called “Exogenesis”. It throws in the angular chord changes from a Shostakovich symphony, the arpeggios from a Philip Glass opera, the thumping piano octaves from a Grieg piano concerto and a Johann Strauss waltz. Oh, and lots of guitar.

Like the rest of the album, it’s bonkers – hilarious, maddening, ridiculous and slightly shit – yet never dull. As always, Muse’s dog’s dinner of instrumental quotations gels together largely because Matt Bellamy’s long, slow, sustained vocal lines always seem to calm down the madness and hold everything in place.

Far from being Radiohead for thickos – or Coldplay fronted by David Icke – on Resistance, Muse prove that they could be the last in a line of great British rock eccentrics, a trio of mad professors who should be cherished. And if you don’t agree, you’re clearly being controlled by shape-shifting lizards.

What is the “Resistance” of the title?

Well, one is a resistance against the “general corporatocracy” that John Perkins describes in his book, Confessions Of An Economic Hitman, in which he shows how big corporations are far more powerful than all of our governments. The other resistance is the Gandhi-style peaceful resistance; the idea that love can cross boundaries between different religions and political views, to the point that you realise how pointless those beliefs actually are, and how those beliefs don’t define you.

Was there a conscious nod to Queen?

I’ll definitely hold up my hands and admit that the bit where the vocal harmonies kick in on “United States Of Eurasia” is a nod to Queen. I can’t really deny that! But I think it’s more what we have in common, which is bringing together heavy rock influences and classical influences. Otherwise Queen are well before my time – a band I’d associate with my mum’s generation!

Why the lengthy quotations from Saint-Saëns and Chopin?

I’ve started going to see operas in Milan, and I was blown away by Samson & Delilah by Saint-Saëns. That aria is one of the finest pieces of songwriting I’ve ever heard, and it fitted perfectly with that track. And the Chopin nocturne, that comes at the end of a track about Eurasia being a chessboard that America needs to dominate. So the whole song tries to capture that madness, that megalomania, and the Chopin piece is all that’s left in the aftermath of destruction.