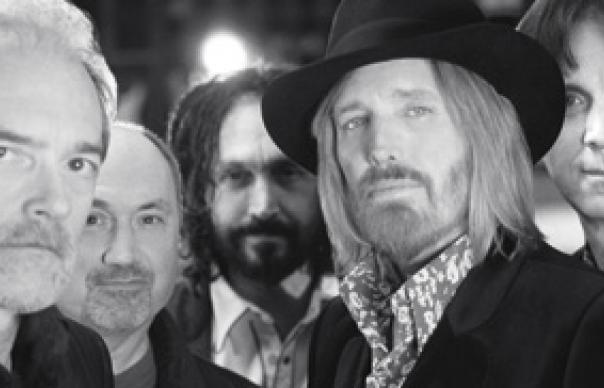 It was probably worth reforming just for the name. Co-founder Tom Leadon – brother of sometime Burrito/Eagle Bernie – said Mudcrutch “just sounded sort of dirty and decrepit”. It was certainly all of a piece with the earthy fecundity of early ’70s southern rock.

The problem with the ‘Crutch – and the reason they never got around to making an album till now – was that despite hailing from Gainesville, Fla., they weren’t quite surth’urn enough to secure a niche in the Allmans/Capricorn axis. Too Anglophile and/or Californian for half-hour redneck blues jams – Petty was a Rundgren nut, believe it or not – the band eventually saw sense and made the westward trek that Bernie and fellow Eagle Don Felder had made.

With a serendipitous stopover in Tulsa, Oklahoma, the rest is historic. Mudcrutch stumbled, collapsed, imploded; from its ashes rose the Petty-centric Heartbreakers, whose “Don’t Do Me Like That” began life as a 1974 demo you can hear on Disc 5 of the 1995 Petty & Heartbreakers box-set Playback.

Petty wanted to revisit the ‘Crutch because “we left some music back there and it was time to go get it.” How close Mudcrutch is to the group’s early ’70s bar-sound sound we’ll probably never know, but covers of trucker’s-rock staple “Six Days on the Road” and of the Byrds’ brooding “Lover of the Bayou” – the latter complete with swampy bullfrogs – feel authentic enough. Petty’s ageing Dylan/McGuinn voice is complemented by sturdy 4/4 grooves and by the glinty guitar interplay of Tom Leadon and Mike Campbell (which occasionally veers into more lyrical Grateful Dead territory, as on the long “Crystal River”).

There’s a pinch of bluegrass traditionalism on the opening “Shady Grove”, some Cajun-ish instrumentalism on “June Apple”, and a bunch of country-inflected originals (“Oh Maria”, “Queen of the Go Go Girls”, “House of Stone”). Given the involvement not just of Petty but of Campbell and veteran organist Benmont Tench, the staple Heartbreakers drive of “The Wrong Thing To Do” and first single “Scare Easy” shouldn’t come as great surprises. Not as muddy as one might have hoped, then, but this was definitely a revisit worth making.