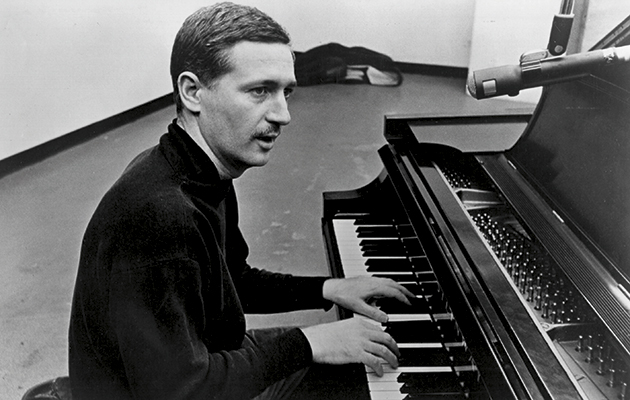 “They stole my music but they gave me my name,” Muddy Waters once said of The Rolling Stones. Mose Allison’s status as a white boy stealing the blues was somewhat more complicated, for he grew up not in Dartford but in the Mississippi Delta, where he picked cotton alongside black sharecroppers and learned to plough behind a mule, before heading for university to graduate in English and philosophy.

He mocked the cultural complexity of his backstory with playfully self-deprecating humour in “Ever Since I Stole The Blues”: “Well have you heard the latest, are you in the know/ It’s in the mornin’ papers and on the radio/ It’s even gonna make the TV news: ‘White Boy Steals the Blues’.

Yet in the end, it was white boys who stole Mose’s blues – especially white boys playing in London’s R’n’B clubs, following the landmark 1963 release of Mose Allison Sings, a compilation of the best vocal tracks from the six albums he had recorded for Prestige between 1957 and 1959.

The impact of that 1963 release was both instant and enduring, for what a defining generation of young British musicians heard was radically different from any of the other blues recordings finding their way across the Atlantic at the time, whether it was the electric Chicago blues of Waters and Wolf on imported Chess LPs or Robert Johnson’s spooked pre-war country blues on Columbia’s seminal 1961 compilation, King Of The Delta Blues Singers.

Allison’s blues were jazzy and sophisticated. His piano playing was a hybrid of boogie-woogie, stride, swing, Nat Cole, Errol Garner and early Ray Charles embellished with bebop improvisations. He sang in a sly, slack-jawed voice with a distinctive rural diction and his lyrics were smart and witty, littered with puns and moonshine wisdom, indebted as much to Mark Twain’s Huck Finn as to the Delta argot of Johnson, Charley Patton and Son House. As Jamie Cullum noted almost half a century later, Allison was “a genre in his own right”.

Georgie Fame recorded his songs and copied his style. John Mayall & The Bluesbreakers covered him and so did the Yardbirds, The Kinks and Manfred Mann. Pete Townshend was inspired to write “My Generation” after hearing Allison’s “Young Man’s Blues” and The Who then covered the original composition on Live At Leeds. On Allison’s first visit to Britain, he appeared on TV with The Rolling Stones and performed at the Cavern club. Van Morrison later recorded with him and The Clash and Elvis Costello also went on to cover his songs.

Half a dozen remastered racks from that now legendary 1963 compilation are included on this timely and near-definitive 24-track retrospective of the first 15 years of Allison’s recording career. They include “Young Man’s Blues”, which first appeared on Allison’s 1957 debut Back Country Suite For Piano Bass And Drums as a brief vocal interlude on a predominantly instrumental album that was inspired both by the country blues of the Delta and the classical/folk arrangements of Bartok’s “Hungarian Sketches”.

Townshend recalled the impact the song had on him when he wrote the liner notes for an Allison compilation many years later. “The man’s voice was so cool, so decisively hip, so uncomplicated,” he enthused. “Mose was my man. I felt him to be the epitome of restrained screaming power… the voice of a gentle giant with the strength to change the world, but the humility and character to stand alone.”

Equally memorable is “Parchman Farm”, a 1958 rolling piano blues about the Mississippi state penitentiary quite different from the Bukka White composition of the same name and which was recorded by Fame and Mayall among countless others. “I’m goin’ be here the rest of my life and all I did was shoot my wife,” he deadpans with the laconic wit that was to become his trademark.

Yet it’s Allison’s own compositions that remain his calling card. By the early ’60s he had moved to Atlantic and the 14 tracks here recorded between 1962 and 1971 mark the maturation of a unique “eccentric traditionalist”, as he came to describe himself.

As his piano playing took on a darker resonance with pronounced use of the sustain pedal to give his bustling lines a more elusive quality, his lyrics also grew more striking and idiosyncratic. On “Everybody Cryin’ Mercy” recorded in 1968 at the height of the Vietnam War, he essayed perhaps the slyest protest song of all time as he artfully noted, “Everybody’s cryin’ peace on earth jus’ as soon as we win this war.”

Elsewhere lines such as “I’ve been doin’ some thinking ’bout the nature of the universe/I found out things are getting better, it’s just that people are getting worse” appear heavy with a world-weary cynicism, although Allison refuted the suggestion. “There’s a strong ironical wit that comes from rural America,” he said. “It’s not pessimistic. It’s just dealing with a harsh reality.”

I’m Not Talkin’ is a fitting testament to this eccentric traditionalist extraordinaire.