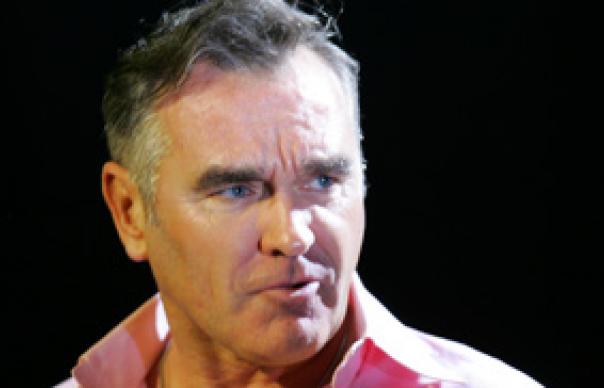 
At a recent concert, Morrissey announced that he was about to play a song from his 1995 album, Southpaw Grammar – at which point an excited whoop went up from the audience. It was a response that the singer clearly wasn’t expecting. “Really? Did anyone buy it?” he enquired. “Could you furnish me with receipts?”

These days, Morrissey is a National Treasure. His arena gigs sell out in minutes, his singles go Top 10 on both sides of the Atlantic, his half-baked opinions on immigration are earnestly debated on Question Time. Once-hostile publications slaver over his new LPs and prominent Labour and Conservative front benchers fight over his oeuvre. So it seems difficult to believe that, little more than a decade ago, he seemed all but washed up. On its release, Southpaw Grammar seemed to be the point where the Great British Public officially fell out of love with Morrissey. The casual Smiths fan had all but lost interest while even the scary Moz obsessives were a little puzzled.

Unlike all other Morrissey albums, Southpaw came illustrated with a picture of a person who wasn’t Morrissey. It kicked off with a terrifying 11-minute track that sampled a discordant eight-note phrase from Shostakovich’s Fifth. It had a track that started with a three-minute Buddy Rich drum solo. Its two lead singles seemed to be blatant paeans to man-love, both based around fiendishly complicated chord cycles. The album, which Morrissey initially approached Brian Eno to produce before sheepishly returning to Steve Lillywhite, was dismissed as Moz’s bonkers prog album.

As bonkers prog albums go, it was scarcely a Kid A, a Sandinista! or an Achtung Baby, as is confirmed by this rejigged and remastered edition. The previous opening track, “The Teachers Are Afraid Of The Pupils” (a towering, majestic, dystopian sequel to “The Headmaster Ritual”), has been pushed to the back, while the album is frontloaded with some of Morrissey’s finest three-minute pop gems.

“Dagenham Dave” was savaged at the time as the nadir of his homoerotic class tourism, but it now stands up as one of his finest singles – a maddeningly catchy tangle of spiky chords, Motown drums and Morricone strings. The Angus Young-meets-Phil Spector rampage of “Boy Racer” is almost as good; “Reader Meet Author” and “Best Friend On The Payroll” are equally memorable. There are four previously unreleased tracks – “Honey, You Know Where To Find Me” (which sounds like the backing track to “You’re The One For Me, Fatty”, but with better lyrics), the punky “Fantastic Bird”, and two faintly forgettable ballads, “You Should Have Been Nice To Me” and “Nobody Loves Us”.

Morrissey was clearly hurt by the muted critical response to the efforts of Southpaw and, in response, he reverted to his comfort zone. Maladjusted, however, merited only passing mention in 1997 and its status has not improved since then. Rather bafflingly, this package sees Morrissey remove the album’s only decent single, “Roy’s Keen”, and – even weirder – its best song, the Syd Barrett-ish “Papa Jack”. It only emphasises the sheer lack of memorable melodies on the rest of the album. There are bruise-coloured ballads, only one of them, “Trouble Loves Me”, being any good (“on the flesh rampage/at YOUR age?”), there is a so-so rockabilly number (“Satan Rejected My Soul”); and there is Morrissey’s worst single, “Alma Matters”.

This time there are seven extra tracks. Moz’s ballad about the Northern Ireland troubles, “This Is Not Your Country”, somehow manages to be worse than Spandau Ballet’s “Between The Barricades”; written before the Good Friday Agreement, it now sounds about as relevant as a song about the repeal of the Corn Laws. “Sorrow Will Come In The End” (previously omitted from UK releases) sees Morrissey whining about his treatment in the Mike Joyce court case and is the sonic equivalent of being emailed a tiresome list of “hilarious lawyer jokes”. “Heir Apparent” has one nice guitar riff. “Now I Am A Was” probably wouldn’t have even made it into a Smiths rehearsal room.

Much more than The Smiths, Morrissey as a solo artist lives or dies on his singles – or, at the very least, standout album tracks that serve as talking points. His steroid-injected albums since You Are The Quarry, while variable, are at least redeemed by a string of cracking singles. Southpaw Grammar has at least half a dozen. Maladjusted, in this version at least, has none.