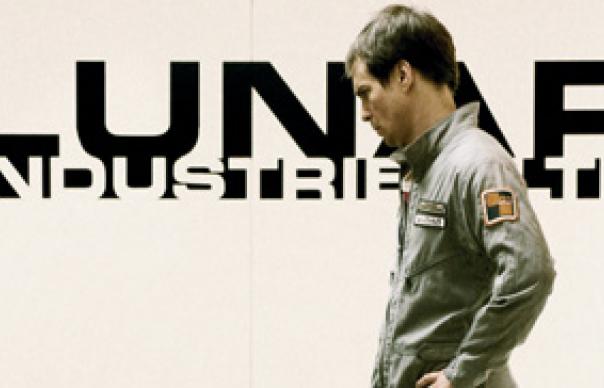 Astronaut Sam Bell (Rockwell) is alone on Moonbase Sarang, anticipating the end of a three-year contract with Lunar Industries. His job, mining the energy source Helium 3, invaluable back on Earth, is made even lonelier by a glitched communications system which allows no live feed, just recorded messages. His only regular interaction is with Gerty the computer, a more laid-back version of Kubrick’s 2001’s Hal, whose voice, being that of Spacey, is both reassuring and sinister.

Sam is weary but looks forward to seeing his wife and daughter. As time crawls, however, things turn strange. He experiences disturbing hallucinations and headaches, culminating in a lunar rover crash. Convalescing and suffering bouts of memory loss, he is unsettled to find a younger, more aggressive version of himself sharing his turf. The new Sam is equally convinced he’s the “real” astronaut. “I’m not a clone – you’re the clone.” The pair feud, trade notes, play ping-pong. With a company “support crew” on the way, they’re forced to decide whether to combine to rebel or fight for solo survival. Each desperately craves a place called home.

Jones’ debut is a gripping, claustrophobic film inspired by what he’s called “the golden age” of SF cinema, when the likes of Blade Runner and Silent Running were more interested in the philosophical, in human nature, than in gosh-wow CGI. On no budget, he’s ambitiously created a credible, self-enclosed world: the look and feel here tap into our primal, childhood notions of the moon, from eerie craters to images we probably absorbed from black-and-white footage of Apollo missions. He then places a character in the heart of an intense existential conundrum, refracting the replicants’ angst in Blade Runner and echoing the spooky visitations of Solaris, yet convincing and – in its air-sealed tightness and momentum – original.

Rockwell excels in the tall task of acting with and against himself (as impressively as Nic Cage did in Adaptation), twitching with both the sweaty paranoia and the puffed-up self-defensive reflexes that his situation induces. He carries a lot (not least throwing up his teeth), and the more the tension ratchets up, the more his early calculated insouciance pays off.

It cannot pass unmentioned that Jones, who learned his trade working with Tony Scott and high-end commercials, is the son of David Bowie, and once better known to Bowie fans as “Zowie” or “Joe The Lion”. He (and Jones Sr.) have made no attempt whatsoever to flag up this fact, perhaps as comparisons here with his father’s culturally resonant “Space Oddity”/”Life On Mars?” references might otherwise be unavoidable. Make no mistake: Jones is a uniquely exciting prospect, whose cerebral, creepy and riveting Moon carves out his own elevated flight path.