Solid but stodgy legal flick, too much in awe of its star 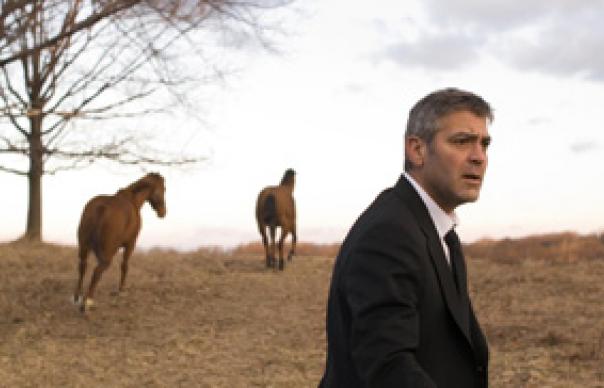 As the titular flawed hero, George Clooney is a “fixer” for a New York corporate law firm, whose boss (Sydney Pollack) uses him for dirty work. Despite being a master of charm, spin and damage limitation, Clayton has hit middle age jaded, divorced and, thanks to a gambling habit, in debt. When a top litigator (Tom Wilkinson) has a breakdown, threatening a multi-million dollar settlement, Clayton is sent to straighten him out. A clinical careerist (Tilda Swinton) would rather he didn’t. Clayton finds himself in the novel position of addressing his conscience, and doing the “right” thing.

Steady and slow, Gilroy’s debut (after writing two parts of the Bourne trilogy) aspires to the Pakula/Lumet school of resonantly understated drama, which clearly appealed to Clooney. Yet it never quite takes off. The message that big law firms do callous things is hardly new. It was handled better in the similar Erin Brockovich, and Gilroy, who takes ages to get from A to B, already visited it (rather floridly) in his script for The Devil’s Advocate. He lingers longingly on Clooney and Swinton, to the stage where even such fine actors flinch. The flashback structure galls, and despite some sharp lines, relished by Clooney, it’s all a bit John Grisham.