She & Him's Him returns to his dark, witty furrow... 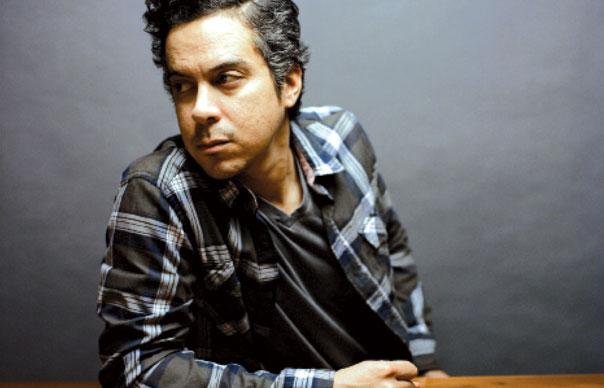 She & Him’s Him returns to his dark, witty furrow…

In conversation, Matt Ward is unfailingly polite, but he gives the strong impression he would rather not talk about himself at all. Even his stage name suggests an underactive ego.

Not that Ward is obstructive. He is happy to confirm, for example, that “Clean Slate”, the opening track on his seventh solo album, was written for Alex Chilton, after Ward filled in at a Big Star concert soon after the singer’s death. The album’s title, it seems, is a nod to TS Eliot’s modernist poem – though the connection remains obscure. And, yes, that is Zooey Deschanel adding candyfloss vocals to his cover of Daniel Johnston’s “Sweetheart” (no real surprise, as Ward’s backwards walk into the spotlight includes a successful – continuing – stint as half of She & Him, a vehicle for the actress’s songs).

Which leaves us where, exactly? Well, it might be an idea to take the hint and concentrate on the music. Here there are further misconceptions, because Ward is frequently referred to as a folk musician; which is true in the sense that Buddy Holly can be described as a folk musician. In other words, it is slightly true, sometimes.

Since Ward is a modest man, let’s examine that Daniel Johnston cover more closely. Bold claims are made for Johnston as a songwriter, but the unprofessional nature of his recordings make it hard to tell whether he deserves to seen as more than a cult in search of a niche. “Sweetheart” first appeared on Yip/Jump Music, a cassette released in 1983. In Johnston’s rendering, a half-tuneless vocal does battle with a half-rhythmic rhythm, and the song’s appeal seems to reside in a charitable interpretation of the author’s intentions. Johnston’s charm is his naivety. In Ward’s hands, the song becomes a sweet rock’n’roll handclapper, with sighing guitar, rolling piano and a vocal dipped in sherbet. It’s retro to the point of timelessness. It sounds innocent, a quality – like sincerity – which is hard to fake. Mostly, it’s adhesive. Listen twice to that chorus and you won’t be able to comb the bubblegum from your hair.

The common link between Johnston and Ward is The Beatles. Ward taught himself guitar by studying a Beatles songbook, and what he gleaned was an understanding of how Lennon and McCartney borrowed from the whole of popular music, not just the carbonated thrills of rock’n’roll. Clearly, Louis Armstrong is a touchstone. The other cover version is “I Get Ideas”, with Armstrong’s mournful serenade replaced by a kind of Babyshambles skiffle. But that’s not where you’ll hear Ward’s debt to Armstrong. Listen instead to “Crawl After You”. It’s a gorgeous, woozy, mysterious song, about a lovestruck man seeing an old flame walk by in the street. The hope and the pain are carried aloft by Amanda Lawrence’s violin, and Ward sings the mysterious lyric huskily (“I was raised by a tribe of Vegas cowboys/Who claim I was born from a union of dust and wind”). It works a treat.

There are further echoes of Satchmo on the album’s title track. There’s levity in “Watch The Show”, a dream narrative about a man called Bill Burroughs (no relation), who hijacks a TV station after years of dubbing laughter onto sitcoms. And there’s a hint of gospel in the dreamy “Wild Goose” (with Howe Gelb on piano), which flows into the final song, “Pure Joy”, in which the singer overcomes depression by inhaling “the medicine of oxygen”. An optimistic conclusion, then, to an album which contains dark material, without ever sounding weighty. That, surely, is a matter of wit. Observe “There’s A Key”, and you’ll hear a writer fully in charge of his talent. Inside 10 short lines, he contemplates fate, oblivion, God, and the devil. Vocally, Ward sounds like Paul Simon. But that’s misdirection. Go past the tone of his voice, inhale the poetry, and you’ll taste a sweeter, less mordant Leonard Cohen.
Alastair McKay

Q&A
M Ward
Did you have a plan for this album?
I produce my own songs the same way I produce Zoooey (Deschanel)’s songs. I demo them over and over again, and try to listen for where the song wants to go. That involves the imagination. The song is a direct connection between the inspiration and the listener’s ears, and you’re just trying to get out of the way.

Your songs sound very immediate – is that deliberate?
That might come from how I first started recording, on my 4-track in my bedroom when I was 15. For as long as I’ve been recording I’ve been trying to translate the intimacy and warmth that you get from a 4-track audio cassette onto two-inch tape. It’s been an interesting journey.

That reminds me of Daniel Johnston (who you cover).
His catalogue is the catalogue of pop music of the future. It’s just a matter of time before everyone goes back and listens to those old tapes. They are as good and as pure as John Lennon’s songs. Daniel Johnston was a very big Beatles fan, and when I hear those tapes I hear the Beatles filtered through an American lens, and that’s a big inspiration.
INTERVIEW: ALASTAIR McKAY