The Godfather of Americana hollers on magnificently 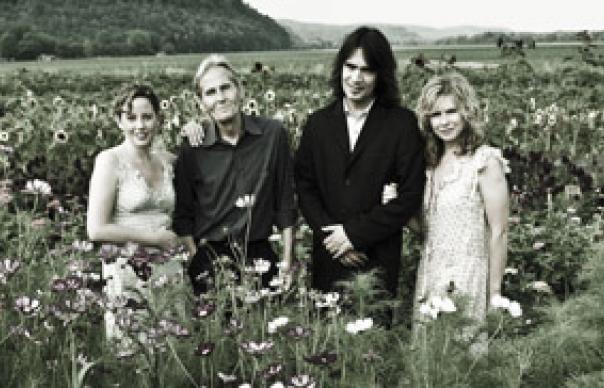 Levon Helm never could understand why The Band had to be dissolved in 1976. “What a sin it is, to take a good group from productivity to oblivion,” he scowled in his autobiography 20 years later.

The puzzle is why it took Helm so long to make an album that extended The Band’s pioneering canon, that subtle fusion of modern music and old-time sensibilities in which Levon Helm ‘s plaintive, Southern vocals played such a central role. After the split there were a couple of half-cocked solo works, and later The Band Redux, but without leading light Robbie Robertson, and with Richard Manuel and Rick Danko in perilously poor health. Small wonder that, in the studio at least, the group produced only flickers of their old magic.

Then, two years ago came Dirt Farmer, an album majoring on songs with which Helm had grown up on his parents’ Arkansas cotton farm, and that recaptured the voice and persona that animated Band landmarks like “The Night They Drove Old Dixie Down”. Justly hailed, the record won a Grammy. Furthermore, in the fiercely contested battle between Helm and Robertson – the prize being not just songwriting credits but status as presiding spirit of The Band – Dirt Farmer tilted the contest away from the cerebral guitarist and toward the ornery Arkansas drummer.

Perhaps it was impossible for Helm to engage fully his talents before The Band had been put to rest. Perhaps, too, his protracted show-down with throat cancer – in which the Reaper blinked first – added focus. Certainly Levon now carries the air of a man in a hurry. Nor should one overlook the contribution of his daughter, Amy, who encouraged Pop to engage with the music of his earliest years, and whose own harmonies beautifully temper her father’s grainy, miraculously restored vocal tones.

Amy’s present again on Electric Dirt, which, as the title suggests, doesn’t stray far from its predecessor’s template. Once more it was recorded at Helm’s beloved Woodstock studio, The Barn (rebuilt after it burnt down), with Bob Dylan sideman Larry Campbell in the producer’s seat, deftly guiding the performances and mix and adding his multi-instrumental skills.

The musical palette, however, is wider this time round, emphasising the breadth of Helm’s interests rather than the stuff on which he was weaned – numbers by Muddy Waters and Nina Simone rub shoulders with works by Randy Newman and the Grateful Dead. Nonetheless, Helm’s roots as a farmer’s son get an airing on “Growing Trade”, the only original here. With references to hardships willingly borne and the beauty of harvest time and cottonfields, it’s a clear nod back to The Band years – the intro almost quotes “The Weight” – but this is no pastoral idyll. “I used to farm for a living, but now I’m in the growing trade,” confesses a narrator driven to raising an illegal cash crop to feed his family.

Elsewhere the moods and influences tumble breezily over one another. The opener, a cover of the Grateful Dead’s “Tennessee Jed” swings joyously, the trademark clatter of Helm’s drums set against a juicy Southern horn section. Those particular flavours blaze even more brilliantly on Randy Newman’s “Kingfish”, where Allen Toussaint himself arranges blousy New Orleans horns and Helm gives his all to lyrics like “I’m a cracker and you are too” that celebrate the South’s good ol’ boy as hero rather than villain.

“Stuff You Gotta Watch”, a much covered Buddy Johnson song familiar from The Band, and Muddy Waters’ “You Can’t Lose What You Never Had”, explore the up and down sides of 12-bar blues, the former shriling gorgeously to a Cajun accordion. A take on The Staple Singers’ “Move Along Train” has more than a touch of gospel, and what Helm describes as “the slowed-down rock’n’roll beat, with more beat on the downbeat”. “Golden Bird”, penned by Happy Traum, another Dylan associate, strikes a solemn, Appalachian note of transcendence, a quavering voice set against aching violin.

Add “Heaven’s Pearls”, a number from Amy’s group Ollabelle, and Simone’s “I Wish I Knew How It Would Feel To Be Free” and you have a remarkable set in which the joys and pains of this world are touched by the uncertainties of the next. Nina’s idiosyncratic melody proves a little elusive for Levon, but he sings with infectious fervour. Hang up his rock’n’roll shoes? Not just yet.