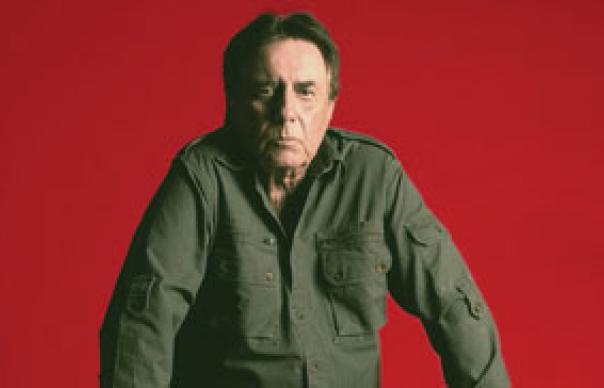 Barton Lee Hazlewood is an American maverick who’s operated by his own supremely offbeat rules ever since producing Sanford Clark’s Top 10 hit “The Fool” over half a century ago. Hazlewood has written some of the strangest, most lugubriously despairing songs in the history of pop – not least “Some Velvet Morning”, the myth-suffused duet with Nancy Sinatra and the oddest slice of MOR psychedelia ever to grace the US charts.

Peripatetic and partial to good Scotch, Hazlewood has enjoyed late acclaim in his twilight years, lapping up the admiration of Beck, Jarvis and all the usual discerning suspects. Tragically he is now in the last stages of terminal cancer and has recorded “Cake Or Death” – a title borrowed from his unlikely hero, Eddie Izzard – as an adios to a world he has long observed with mordant amusement.

The album, though, is a motley affair. Rounding up a gang of long-time collaborators, including his great protégé Duane Eddy (on a reheat of “These Boots Are Made For Walkin'”) and returning to his beloved Scandinavia, “Cake Or Death” is by turns dryly nihilistic (the opening “Nothing”), whimsically silly (“Fred Freud”), politically withering (“Anthem”, “Baghdad Nights”, “White People Thing”) and artlessly touching (“Please Come To Boston”, a duet with jazz songbird Ann Kristin Hedmark).

There are moments on “Cake Or Death” – “It’s Nothing To Me”, the corny closer “The Old Man” – that unavoidably recall Johnny Cash’s “American V” or the choked-up farewell that was Warren Zevon’s “The Wind”.

Old Phoenix buddy Tommy Parsons takes a turn in the spotlight on the Tex-Mex-tinged “She’s Gonna Break Some Heart Tonight”, while Lee’s eight-year-old granddaughter Phaedra intones “Some Velvet Morning” down the phone, apparently convinced the song was inspired by her rather than the other way round.

Consequently, “Cake Or Death” feels more like a curate’s-egg of a coda than a useful entrée to Hazlewood’s work: a send-off, in other words, true to the spirit of the self-styled “Ol’ Grey-Haired Sonofabitch”.