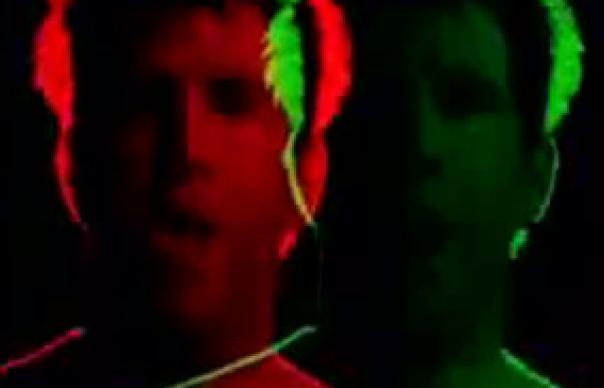 For the past few years, James Murphy has been making dance music for people who thought they were a bit too old to like that sort of thing, and hedonistic pop for chinstroking rock fans with very good record collections. On this, his second tremendous album as LCD Soundsystem, there is a telling moment nearly three minutes into a song called “All My Friends”.

“All My Friends” sounds roughly how the early New Order might have, had Steve Reich joined instead of Gillian Gilbert. Murphy is singing affectionately about hanging out with friends and staying up late, while simultaneously being aware that, at 36, he is neither physically nor spiritually capable of losing the plot very often. “We set the controls for the heart of the sun,” he notes, ever the wistful vinyl nerd, “one of the ways that we show our age.”

The reference may be baffling to some of Murphy’s younger fans: after all, this is the man who, as half of New York’s DFA production team, kickstarted a discopunk revival that has reached an apotheosis of sorts with the Klaxons and nu-rave. But to an older – and perhaps more anal – generation, LCD Soundsystem’s records effectively legitimise their enduring obsession with music. Sound Of Silver is partly about this undying fannishness, and partly about being on the road for three years (typical of Murphy’s self-aware wit, its working title was Oh Vanity, Thy Name Is Sophomore Effort). It is also about the strangeness and freedom that doing these things in your mid-thirties brings. On the title track, Murphy adopts a Phil Oakey baritone over skittering, luxuriant techno, and pronounces, “Sound of silver makes you want to act like a teenager, until you remember the feelings of a real-life emotional teenager. Then you think again.” Rarely has anyone making such exciting and fashionable music been so unapologetic about being mature, too.

At times, in fact, the suspicion arises that LCD Soundsystem have been constructed entirely to titillate music journalists of a certain age. Sound Of Silver makes you feel very satisfied with yourself as you parse its content: from the Berlin Bowie/Kraftwerk/Tom Tom Club hybrid of the opening “Get Innocuous”, through to the “Rock’n’Roll Suicide” coda of “New York I Love You”. But Murphy’s talent is to proudly flaunt his influences, and to mix them up with belligerence, an exhilarating grasp of rock and dance dynamics, and a powerfully snarky sense of humour.

Sat on his tourbus with a persistent blocked nose, Murphy longs for his friends and his hometown of New York. Often, this translates into trenchant, guyish satire: on “North American Scum” (some Neu!, some Fall, some Liquid Liquid, some Talking Heads), he combats the assumption that all of his countrymen are Bush-loving dolts. New York, he explains, is the only place in the States where the Christians are kept off the streets. Europe, on the other hand, is “where the buildings are old and you might have lots of mimes.”

The moral, though Murphy is not an obvious moral arbiter, is that stereotyping is a mug’s game. Since the release of LCD Soundsystem’s debut single in 2002, a list of rock snob touchstones called “Losing My Edge”, he has been stereotyped himself – as some kind of grouchy paragon of cool. Sound Of Silver, however, reveals Murphy to be something much better: a complex and self-deprecating character who is confident enough to act his age, betray his influences and take the piss out of everyone who has ever liked his records. Youth is wasted on the young; don’t let this exceptional album be wasted on the hip.