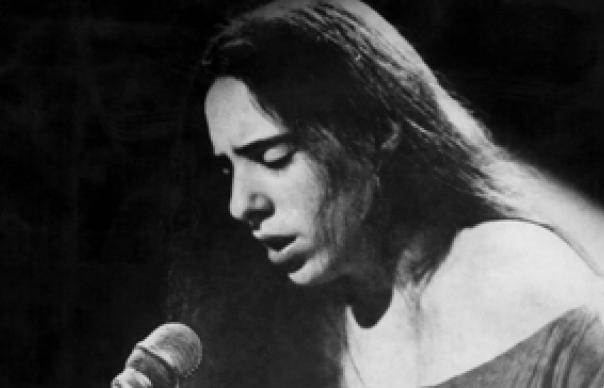 Before Laura Nyro became the dark poetess of singer-songwriterdom – New York’s answer to the Ladies of the Canyon – she made this, an album of crafted Brill Building pop arranged in the big, blousy, orchestral style of Springfield and Streisand.

Once she had been sprung from her contract and given “artistic freedom” by manager David Geffen, Nyro disowned the album as a commercial compromise, despite its enormous success as a trove of hit songs for others. Fifth Dimension, Blood Swea at and Tears and Streisand were among those bending the knee to the talented Bronx teenager, who wrote the most famous song here, “And When I Die” at seventeen.

The precocious Nyro already conceived of the song as part of a suite, and bristled when arranger Herb Bernstein bundled her concept into conventional form. In retrospect, with the pop diva once more in major vogue, following the example of Dusty and Dionne Warwick wasn’t such a bad thing, while Nyro’s songs and performance both transcend the fussy arrangements.

Raised by musical Jewish-Italian parents, Nyro had suckled on New York pop, singing with street corner harmony crews, listening to girl groups like The Chiffons and Shirelles. A major difference between her and the songwriters who became her peers – Joni, Jackson – was her rootedness in black pop.

Indeed, some of Nyro’s later work could have benefited from the three minute format imposed here. The authenticity of some of these songs has been called into question – “Wedding Bell Blues” was especially derided by Nyro’s feminist champions – but there are few duff efforts (“Californian Shoeshine Boys” anyone?) and Nyro’s authority soars over Bernstein’s heavy-handed treatments, belting out “Hands Off The Man” and “Stoney End” (both hits for Streisand).

An album of its time, then, but one which still opens a window on Nyro’s out-of-time talent, an early manifestation of her deep, dark and beautiful lyricism. The bravado with which she faces down the Reaper on “And When I Die” is still spine-tingling.