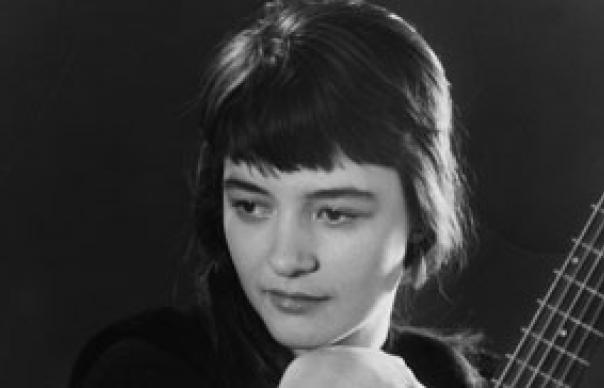 There can be few cult singers with such an impeccably cool pedigree as the folk maverick Karen Dalton. A handsome, Amazonian woman of Cherokee and Irish ancestry, she was worshipped by the likes of Bob Dylan, Tim Hardin, Fred Neil and the Holy Modal Rounders on the New York folk scene long before she got around to releasing her two studio albums: 1969’s ‘It’s Hard To Tell Who’s Going To Love You The Best’ (taped secretly while she was jamming in the studio) and 1971’s country-soul masterpiece ‘In My Own Time’. Both albums flopped; she withdrew from music to battle against heroin addiction, lost custody of her two children and died on the streets of New York in 1993, aged 55.

Since then the “hillbilly Billie Holiday” has undergone a dramatic reappraisal from in-the-know hipsters. Lenny Kaye and Nick Cave have written sleevenotes to her reissued albums, Dylan called her his favourite singer in Chronicles Vol 1, while she finds herself being constantly namechecked by nu-folk mavericks like Devendra Banhart, Joanna Newsom, Cat Power and Lucinda Williams.

All of which makes this recently unearthed solo tape from 1962 rather like a lost book of the Old Testament. Recorded in Joe Loop’s Attic Club in Boulder, Colorado, it features two CDs of traditional folk, blues and gospel songs, with Dalton accompanying herself on banjo and 12-string guitar.Unhindered by the rhythmic tramlines of a bass or a lead guitar, Dalton’s deliciously sad voice is free to ride roughshod over any codified 12-bar blues structure, instead subordinating all accompaniment to her crazily idiosyncratic vocal inflections.

On tracks like “Run Tell That Major” and “Down And Out”, her long, sustained, vibratoless vocal lines – which recall Miles Davis’s muted trumpet as much as Billie Holiday’s wobbly blues phrasing – have the effect of slowing down all that surrounds her. Compare these early readings of “Blues On The Ceiling”, “It Hurts Me Too” and “Katie
Cruel” to the subsequent studio versions and you’ll see how she lingers on phrases she likes, often adding beats and dramatic pauses.

This primitive field recording sounds less like a folk record and more like a warp in the space-time continuum, a portal that links prehistoric blues with the freakiest acoustic music being made today. It’s also the most beautiful and harrowing album you’ll hear this year.