Julie Byrne – Not Even Happiness

Chronicles of a wandering star 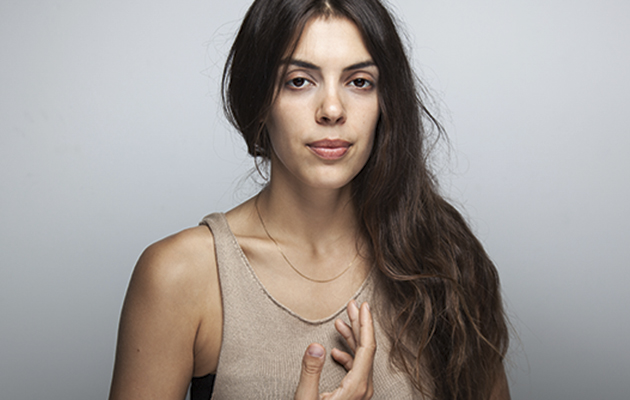 Cultural perceptions of the solo female voyager depict a loner destined to meet her fate on the open road. Since 2010, a few giant leaps into the unknown have made small steps towards cor-recting the impression. Elizabeth Gilbert’s Eat Pray Love and Cheryl Strayed’s Wild both started as memoirs, and their respective film adaptations spurred hordes of women to go and find themselves in India, or seek enlightenment hiking through Oregon. They’re welcome (if whitewashed) reme-dies to the lack of constructive women’s road narratives, although they only ever suggest wander-ing as a salve for trauma or misdemeanour. But the second proper album from rootless songwriter Julie Byrne rejects the idea of the great outdoors as a limitless confession booth, and makes it into a legitimate source of desire.

“I’ve been called a heartbreaker for doing justice to my own,” she sings on opener “Follow My Voice”. “I too been a fault-finder, but that life is broke.” Her unapologetic independence recalls that of Angel Olsen, another artist who arrived via incredibly lo-fi tapes dubbed by tiny regional labels. “No-one will ever be you for yourself”, Olsen sang on 2012’s Half Way Home. That same year, Byrne released You Would Love It Here and a self-titled tape, though it took a while for the Buffalo-born songwriter to arrive at a similar revelation. Her early work was domestic and tentative: “I test my aloneness against the weight and length of each day/I long for greener pasture, but they are not yet of what I am made”, she lamented on “Vertical Ray”. Her sound was equally intimate: her woolly guitar shading suggestive of enclosed, blanketed spaces, while she used vocal reverb as a cloak rather than a chorus.

That’s all changed on Not Even Happiness, which Byrne recorded at her childhood home in Buf-falo, NY, and documents her past few years as she “crossed the country and carried no key”. She strikes and picks at her acoustic guitar, unnerving the lilting melodies of “Sleepwalker” with stub-born bass notes, disturbing the cadence of “Morning Dove” to emphasise how someone’s lips “splashed my dull house with music”. She sings out, her velvety voice becoming saturated – some-times confrontationally so – and the production has opened up enormously. An airy synthesiser conjures panpipes whistling around mountaintops on “Melting Grid”, while a bright synth part twirls and ascends like a sycamore seed reversing heavenwards on “The Sea As It Glides”. Strings re-corded by Jake Falby at a cabin in Holderness, New Hampshire, enrich the immense atmosphere that stems back to the record’s title.

After a winter walk along The People’s Beach in Rockaway, New York, Byrne wrote to a friend that she wouldn’t change the “palpable sense of emergence” she felt for anything, “not even happi-ness”. The realisation lends her words confidence, even as she contemplates how love might fit into her vagabond life. “Would you ask my permission next time you absorb me?” she asks on “Melting Grid”, sounding like a more assured Cat Power. “Natural Blue” manages to marry the two disparate pulls within the record’s loveliest melody. “When I first saw you, the sky, it was such a natural blue”, she sings, her voice conveying otherworldly rapture and sublime comfort. There are untold doubts and allusions to “when darkness lived in me and sleep it was not near” on Not Even Happiness, which can skew a bit vague, but they’re balanced out by her captivating boldness. “I’ve been seeking God within”, she sings huskily at the start of the mellow, fingerpicked “All The Land Glimmered”. By its end, she’s found it: “I was in my heart and I answered me”.

Byrne’s determination comes to a head on closer “I Live Now As A Singer”, which clearly signposts where she might go next. Rather than fluttering acoustic, it’s made up of deep, reverberant synths that recall Angelo Badalamenti’s Twin Peaks soundtrack, and – again – the leaps that Angel Olsen took with 2016’s My Woman. It’s as if Byrne has taken the pulpit to deliver a final missive over its glowering, holy tones. “There ain’t no use fighting for me,” she declares in the first line, singing like Sinéad O’Connor at her most tender: “My heart ain’t in the ring for you.” If there’s anything the un-requited party can do, she reveals, it’s “tell me what it feels like to be here now”. But going by Not Even Happiness, in which Byrne fully transmits her faith in mystery, they’ve got very high standards to live up to.

Q&A
JULIE BYRNE
When were these songs written?
Between winter 2013 and early spring 2016. Spanning those years, I lived in Chicago, Lawrence, Kansas, Seattle, briefly in New Orleans, and where I reside now, New York City. I lived without a fixed home from January 2014 ’til January 2015.

How does being rootless affect your creativity?
At that time, having no fixed home placed me at the mercy of my daily experiences and certainly at the generosity of other people. It also saw me to the end of a fantasy I had that I would find a ma-terial place where I’d live beyond the reaches of pain that I’d long felt. Part of choosing to travel came from a desire to be released from the past and to begin again unknown, reflecting the ways I’d felt I had changed. And though I was experiencing growth in travel, the immense difficulty I felt trying to stay in one place forged the realisation: the emptiness that had driven me and remained with me could not be satisfied by any external change. And although it’s not easy to confront, there’s a sense of victory in finally seeing it.

What happens to your work when you’re in the same place for a long time?
It depends on the place. The one I chose is vibrant chaos. The first year I was living in New York, I barely wrote at all. I eventually prioritised intention of the spirit and finding work that could provide purpose as well as financial stability before I had the mental/emotional energy to respond crea-tively to my experiences.
INTERVIEW: LAURA SNAPES