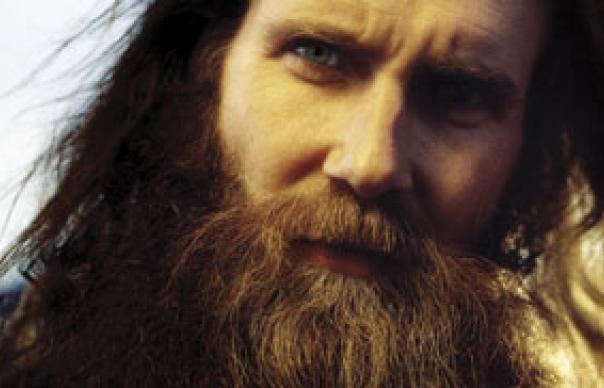 This is Josh T Pearson’s solo debut, but the first album he made, Lift To Experience’s The Texas-Jerusalem Crossroads from 2001, was a valuable insight into what one might expect from his uniquely troubled mind. Greatly revered and almost unheard, it has since assumed mythic status: purported to be a concept album about the end of the world, with Texas as the promised land, it also came loaded with splintered riffs which sounded like industrial machinery. Country/post-rock just about covered it.

A full consideration of its merits would also have to include reference to Pearson’s worldview, which was drenched in religion. Pearson’s father, by all accounts, was a lay-preacher whose sermons infected his son’s imagination. So, as well as being familiar with the romantic fatalism of Hank Williams, Pearson was in the habit of picking the scabs from his conscience, as his emotional state pinballed between lost and found.

So what has happened to Pearson in the 10 years since The Texas-Jerusalem Crossroads? To judge by the songs on Last Of The Country Gentlemen, plenty. On “Country Dumb” – just one of the great, sprawling tear-wrenchers here – he demonstrates to the listener the sheer scale and weight of his emotional baggage. “We’re the kind who start the books but who just do not finish,” he sings, “We’re the kind who have 10,000 would-be-great, ungrateful, too-long, run-on songs/You see I miss you woman and baby you ain’t even yet gone.”

The song, and the album which contains it, is a stone-cold masterpiece of melancholy, a lost telegram of flickering faith and burned-out hope. As advertised, the songs are “ungrateful, too long, run-on” numbers. They sound closer to confessional sketches for hymns than they do to rock’n’roll, being almost devoid of forward propulsion of any kind. Last Of The Country Gentleman has the strung-out feeling of Neil Young’s On The Beach, and the lyrical bluntness of Nick Cave’s The Boatman’s Call but is a more extreme record than either of those. It is, be warned, tough stuff.

Reading between the lines of Last Of The Country Gentleman, what happened after Lift To Experience imploded is a bit of a blur. Whatever, you might speculate that hard drinking was involved, along with further self-examination. What seems to be true is that Pearson retreated from the music business, and from society, moving from Denton, Texas, to a shack in Tehuacana (pop. 307), doing odd jobs to get by. He cleaned toilets and sold most of his possessions, keeping only a laptop and a stack of DVDs, while pondering how to make another record.

Post-Lifts, Pearson had been left with the nagging sense that he had something great to live up to. His then label boss, Bella Union’s Simon Raymonde, reportedly suggested to him that he put aside his worries about matching up to his debut, and write throwaway material, to ease himself back into recording. He did, only to shelve these songs when the old doubts about artistic merit began to bite.

Virtually unknown in the US, he lived illegally in Berlin for a while (this album was recorded at the city’s Klangbild studios, with Martin J Fiedler engineering), before settling in Paris; emerging occasionally for live dates, including some with The Dirty Three. Some of this may not be accurate: this is a man with a keen sense of his own myth. But what is plain is that the seven songs on Last Of The Country Gentleman are not Pearson’s attempt to make himself more acceptable to mainstream tastes. It’s a break-up record. On another level, it’s a crack-up record.

It starts quietly and mournfully, with “Thou Art Loosed”, which has a faintly Eastern feel, with Pearson singing from the bowels of a lament. Two minutes in, his voice cracks into focus, sounding like Ian McCulloch as he sings “’cause I’m off to save the world… at least I can hope.” He is whistling in the dark, but that line, “at least I can hope” is one which haunts the record’s seven songs. “Sweetheart I Ain’t Your Christ” follows: a quite extraordinary thing, wrung out of weariness and devotional imagery, which slides, over 12 agonising minutes, into a dark echo of Simon And Garfunkel’s “The Sound Of Silence”. Pearson is habitually so down on himself, so passive-aggressive, so lonesome and ornery, that it’s not always clear who is doing the breaking up, but here he administers his adieu with cruel clarity. “I can bring you to the water,” he sings, “But I sure as hell can’t make you drink/It ain’t Christmas time, it’s Easter, Honey Bunny, and I ain’t the Saviour you so desperately need.”

The grandiosity of the lyric, and its Southern gothic cadences, are like something by Nick Cave. But Last… is positively bare-assed, even by comparison to the unadorned The Boatman’s Call, mostly comprising spare guitar and muttered vocals, with Pearson’s lyrics existing at a level of intimacy and self-revelation that is painful. Cave sidekick Warren Ellis adds neurotic violin on two tracks – the vicious, apocalyptic break-up song “Woman When I’ve Raised Hell”, and the astonishing “Honeymoon Is Great, I Wish You Were Her”, which chronicles the author’s emotional infidelity over an epic 13 minutes. It feels shorter than that, but it also seems to last a lifetime, with Pearson allowing himself some moments of levity: he’s not daydreaming in the song, he’s “day drinking”.

On these two songs, Pearson’s country roots are apparent, but there’s no hint of Music Row to sugar the pill. The bleakness is served straight. It’s gospel music, but with no sense of elevation or salvation. When the tone is confessional, as on “Sorry With A Song”, there’s no hint that he expects forgiveness; the song would work equally well if Pearson was addressing God, and not apologising to a woman, but in either case the mood is of self-abasement and regret, not hope. True, there is some faint mirth on the closing tune, “Drive Her Out”, a slurred psalm from under the floorboards, with Pearson repeating the phrase, “could you help me drive her out of my mind?” He could be addressing God, though the tenor of the tune, with a rolling piano circling round a whispered vocal, suggests that on this occasion, the object of his devotion is bottle-shaped.

If Last Of The Country Gentlemen has taught us anything, after all, it’s that these songs come from a place beyond romance. Josh Pearson has gone there so we don’t have to – we should be grateful he’s returned to tell the tale.
Alastair McKay